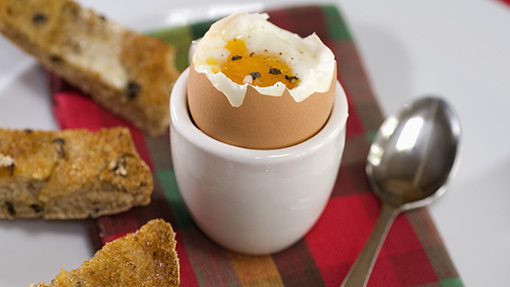 Egg industry stakeholders from around the globe have been marking World Egg Day (Friday 10 October), with a range of activities to benefit children and the less well off.

In Canada the theme has been “giving back to communities”. Industry body Egg Farmers of Canada has partnered with the Breakfast Club of Canada to provide 130,000 children with an egg-based breakfast, while special celebration kits, including coupons, recipe ideas and posters, have been distributed to elementary schools across the country.

The Canadian egg industry is also spearheading a project to develop an egg farm in Swaziland, to help feed orphaned children and teach Swazi locals about world-class farming practices.

Meanwhile, the Bangladesh Animal Agriculture Association, with support from the UN’s Food and Agriculture Organization, has organised a rally, with 5,000 boiled eggs distributed free to local people to raise awareness of the nutritional goodness of eggs.

And in France, 500,000 eggs have been given away at a charity event, while a new educational movie about the French egg sector has been launched. Chefs have also been asked to celebrate the use of eggs in their restaurants.

Other events have include a series of seminars in Mexico, designed to increase egg consumption, a painting and story writing contest in Turkey and an educational road show in Zimbabwe.

The Spanish Institute of Egg Studies has also presented awards in Madrid, recognising the best research, the best recipe and the best audio visual work for promoting eggs.