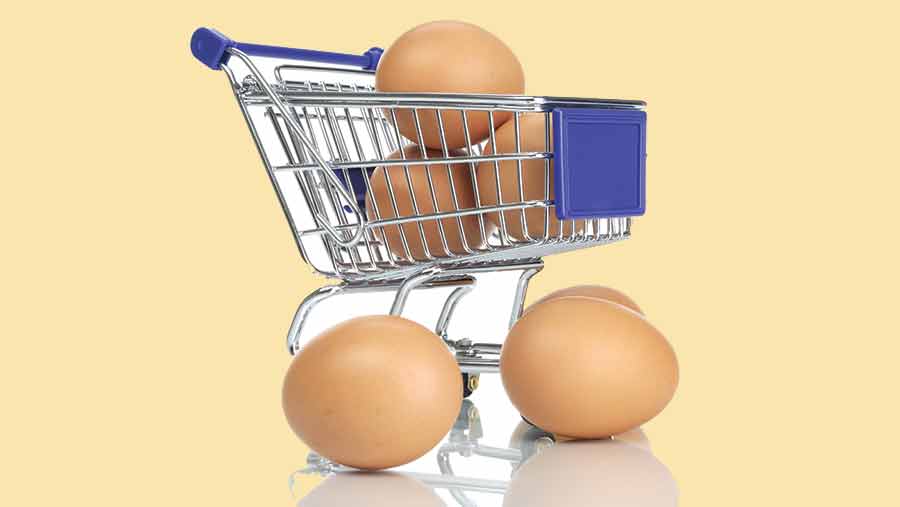 Heavy discounting by retailers battling for market share has finally trickled back to free-range egg farms, with a round of price cuts triggering uncertainty over producer prices.

Packers and traders believe that, following the stabilising effect of Easter, market conditions in April and May will prove the next test of where prices will go.

“It’s pressure brought about by deflation in retail selling prices, and that’s driven by the need [of major supermarkets] to respond to the discount chains,” said Tom Willings at Noble Foods. “The conditions in retail are here to stay.”

In late February, a number of leading packers, including Noble and Fridays, implemented price cuts to free-range producers of up to 9p/doz.

It was the first significant round of cuts for about two-and-a-half years, and stemmed from a weaker market brought about by fierce retail competition against a backdrop of rising free-rage production, explained Mr Willings.

“But it’s only now, with supply and demand no longer in balance and there being an oversupply situation, particularly in free range, that the supermarkets have been able to drive a wedge between suppliers, and increased competition has a sharp effect on pricing.”

Mr Willings added he felt this trend would continue, and that producers should expect the next price move to be down, not up.

“February really was the difficult month, for no great reason,” he added. “There was a just little bit of egg about on the wholesale market, and prices started to tumble. Retailers were able to capitalise on that.”

Mr Elliott said that, the last time producer prices had been so low, the cost of feed was much higher.

“It could go either way now, it will depend on the weeks after Easter, whether there’s any surplus.”

Some optimism was shown by Andy Crossland at the Central Egg Agency, who said free range had traded well in the run-up to Easter, with good packer-to-packer demand.

“Early indications are that we’ve got several packers looking for [eggs in] April, May and June. With quite a number of depletions taking place early spring, we don’t anticipate any drastic falls in free range prices for the next couple of months.”