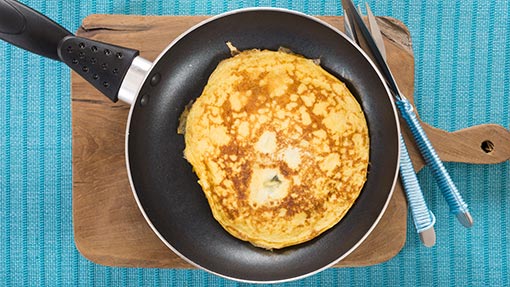 Cutting waste and boosting consumption are two of the central aims of British Egg Week, which kicked off on Monday (6 October).

The theme is “eggs make a meal out of anything” and the two groups have developed a collection of recipes combining eggs with some of the most commonly wasted ingredients.

A leaflet featuring two of these recipes – a bacon, sweetcorn and rocket omelette, and the broccoli and feta strata – is being distributed to consumers at a series of “Love Food Hate Waste” roadshows, and through BEIC subscribers.

Andrew Joret, chairman of the British Egg Industry Council, said: “Consumers are increasingly looking for ways to use up leftover food, and our partnership with the Love Food Hate Waste campaign is the perfect way for us to drive awareness of the role eggs can play.”

British Egg Week has already got off to a good start, says the BEIC, with personalised omelettes, displaying the faces of well-known celebrities, featuring on national TV and radio.

Radio 1 Breakfast Show host Nick Grimshaw talked and tweeted about his personalised omelette, while the Lorraine show covered it on ITV.

In other activity, blogging group BritMums Short Cut Eggsperts, is holding a live online Q&A session on cutting waste from 11am on 7 October. This will be followed by an hour-long Twitter “party”, to share advice on using eggs to “make a meal out of anything”.

Lincolnshire-based packer LJ Fairburns, meanwhile, is encouraging customers to tweet their favourite recipe using eggs. Entrants are being asked to include the Twitter handle @FairburnsEggs in their entry, to be in with a chance of winning a hamper worth £50.