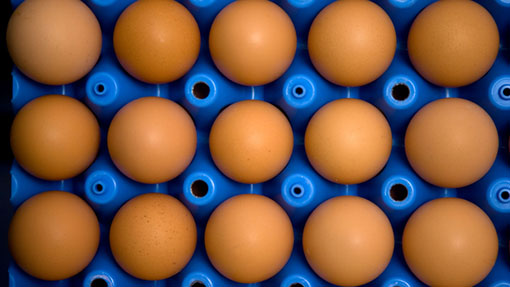 British Egg Industry Council (BEIC) members’ produce is to be tested at a chemical level to determine where eggs have been laid and indicate the system in which they were produced.

In a move to boost traceability, the BEIC said it would employ isotope testing on eggs at all new laying farms joining the Lion scheme. It will also take regular samples from existing farms at audit, as well as a random test each month, with the aim to build a database of egg and where it comes from.

Eggs will be tested if an additional traceability check is required, the BEIC said.

Stable isotope ratio analysis is able to determine the geographical origin of meat and eggs based on the feed and water the animal has consumed. The broader a database of samples becomes, the more accurate it can be. A comprehensive record of the UK could mean tests could identify the county, rather than just the country, an egg was laid in.

Last year isotope testing undertaken by the British Pig Executive (BPEX) exposed pork in a Tesco supermarket labelled as British, but actually from the Netherlands.

“We have invested in a wide range of measures to improve traceability of Lion eggs in recent years, including additional auditing, a database of egg movements and on-farm marking,” said BEIC chairman Andrew Jorêt. “Isotope testing offers an additional technology for us to use in the future.”