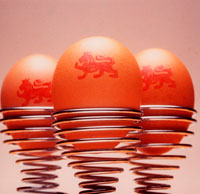 A spike in sales towards the end of last year has led to the UK egg market seeing one of its best years of growth since the 1980s.

Buoyed throughout the year by eggs being labelled a “super food” by scientists and by their value for money during tough times, sales rose by a sizeable 5% in the last quarter of 2010 and in total by 1.6% in volume for the year.

These sales equate to the retail egg market growing by 70m eggs to 4.6bn eggs with free-range sales driving growth in volume and value while sales of caged eggs stabilising after decline.

Mark Williams, chief executive of the British Egg Industry Council, puts the growth down to the introduction of the Lion brand with its assurance scheme and marketing campaign.

“The consumer needed reassurance about eggs, so the industry developed a stringent code of practice and introduced the Lion scheme. The consumer wanted free range, so producers made sure they were available,” Mr Williams said.

“In addition, we have worked with health and heart bodies to address the misinformation that has surrounded cholesterol and capitalised on positive nutrition research, which shows eggs are good for you. The egg industry is a shining example of a sector that has not accepted its lot, but has taken control of its future.”