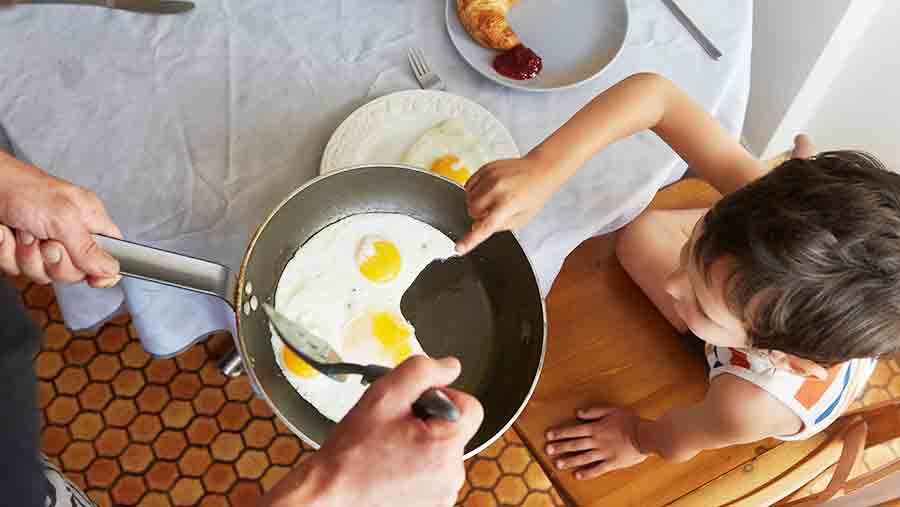 Consistent marketing of the health and dietary benefits of eggs is paying off, with egg sales continuing to rise this year.

Latest Kantar figures show that retail egg sales rose by 3.7% over the 12 months to 9 October, meaning consumption is now at its highest level since the early 1980s

The rise, which builds on several years of strong growth, represents the equivalent of about 204 million more eggs being eaten in the past year.

It means that a total of 12.5 billion eggs are expected to be eaten in the UK in the current calendar year – about 34 million eggs every day.

Amanda Cryer, British Egg Industry Service director, told Farmers Weekly that there was evidence that a generation of people who cut back on egg consumption in the 1990s and early 2000s because of the salmonella and cholesterol scares were now returning to the fold.

There was also, she added, a rise in people cooking healthy egg dishes for breakfast.

Commenting on concerns raised by speakers at the recent Bfrepa conference in Birmingham that the millennial generation was turning to plant-based protein egg substitutes, Ms Cryer said: “Historically, vegetable-based proteins have been used in various products but they don’t tend to perform as well as eggs and manufacturers generally come back to eggs.

“We have seen products come and go, and while the industry does take the issue seriously I don’t think it sees it as a competitive threat.”

Speaking on the move away from enriched cages by retailers and the catering/service sector, Ms Cryer said that although it was important for industry and retailers to respond to customers, they needed to be mindful of people on a budget.

“It’s important that there remains a degree of choice for consumers,” she stressed.

Andrew Joret, British Egg Industry Council chairman, concluded: “Eggs are on trend, with consumption soaring among consumers who are recognising their speed, convenience, versatility and cost-effectiveness, but also increasingly their health credentials.”