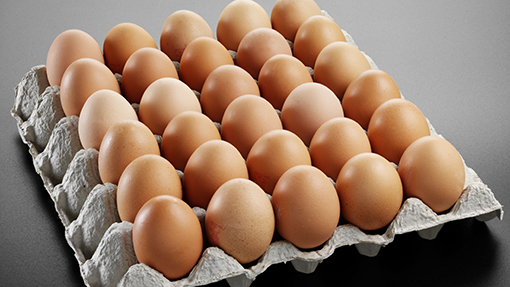 Retailers are looking at the cost of production for free-range egg and to create closer ties with packers, Noble Foods’ chief executive Andrew Cracknell has said.

He told a John Bowler roadshow meeting the company wanted to reciprocate, and was offering supermarkets products tailored to their needs through category management and by supporting buyers.

Mr Cracknell hoped the strategy would build more stable, long-term contracts with the company’s customers, and that he saw supermarkets as “very much friend, not foe”. The larger retailers increasingly had buying teams that understood the variability and seasonal nature of farming eggs free range.

See also: For market reporting on the egg and poultry industry, subscribe to Poultry World

Noble Foods is working towards efficiencies across its own and farmers’ businesses supply chain, to iron out the gap between lower feed costs and tight supply and “remove some of the risk”, he added.

The company is aiming to offer a stable, regular margins throughout the supply chain.

Mr Cracknell said the packer was under pressure from customers looking at lower cost of feed, and promotions had kept the egg market tight over the usual summer lull, increasing its value. “We were expecting a glut of eggs in the summer, retail pricing has meant we’ve had much better prospects.”

A producer at the meeting questioned the higher price of wholesale free range, given the tight market, when compared with that paid to those on retail contracts. Tom Willings, Noble’s farms and contracts manager, said its price would always be in ebb and flow.

“There’s often little differentiation between liquid egg and free range, it’s important to recognise that [wholesale] is a thimbleful of volume, that is not really there.

“If it was, this is what people would be prepared to pay for it, so it’s not really representative.”

He added that Noble hoped it could hold on to the producer price at present, despite pressure from customers looking at the price of feed coming back.