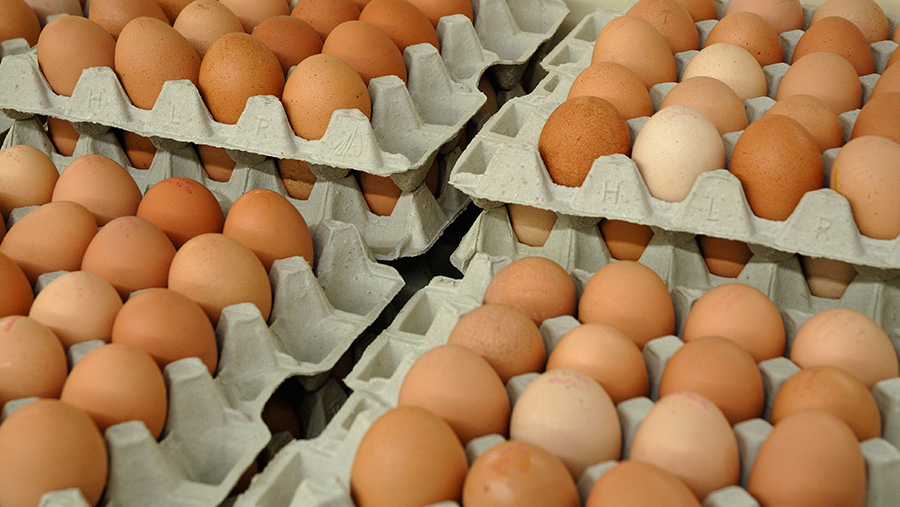 Growing demand for vegetable based protein products could have a significant impact on the egg sector.

While the industry had conducted some excellent promotion of the health benefits of eggs, consumers were looking for non-meat/eggs protein substitutes.

Unilever, manufacturer of Hellman’s mayonnaise, at first threatened legal action, later stepped back and earlier this year introduced its own egg-free mayonnaise.

Specialist-interest umbrella group Eating Better, which has support from 50 organisations including World Wide Fund for Nature (WWF) and RSPB, were also extolling the benefits of plant-based proteins, he added.

Prof Hughes, professor of food and marketing at Imperial College, London, said the egg sector ought also to be concerned about how eggs are marketed on supermarket shelves.

Retailers, notably Marks & Spencer and Waitrose, were now selling a selection of fish and meat protein foods together, but eggs continued to languish in the home-baking section.

He saw the Asian markets as being much better at marketing eggs.

“In China, eggs are sold as food gifts.

“Free-range eggs are popular for their food safety attributes and not for bird welfare.

“In other parts of Asia – Thailand and Hong Kong – there are egg custard and waffle outlets. Yet, the assumption in the UK is that people know what they want, and if not, that’s hard luck.”

He urged producers to become more innovative particularly to tap in to the snack market beloved by millennials.

His speech struck a chord with the winner of Bfrepa’s marketing initiative of the year Chippindale Foods, which has won plaudits for its Bee Friendly eggs.

Farmers over the past three years have been paid a premium to sow different wildflower mixes along driveways, grass margins and buffer zones that attract a range of bee species.

The Yorkshire-based company has been supplying the brand to Morrisons and the Co-op, and head of agriculture Richard Pearson said Morrisons had made a real effort to simplify its display, enabling customers to be attracted to the bold yellow packaging.