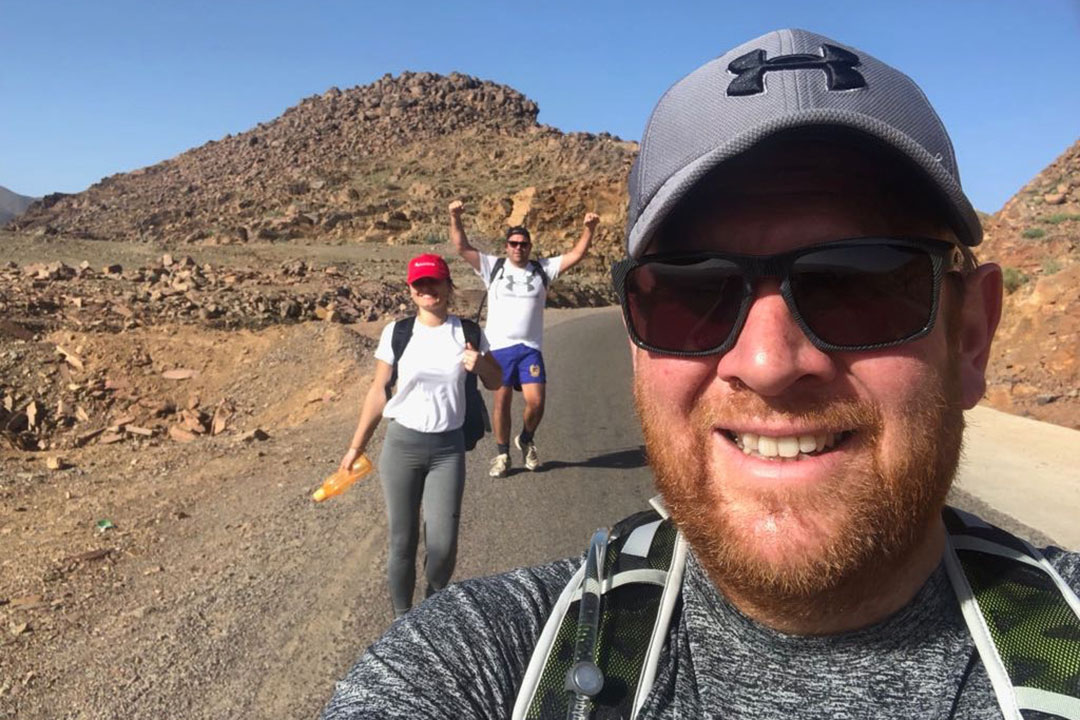 Mr Fairburn completed back to back marathons across the scorching Draa Valley and Sahara Desert to raise much needed funds for Farm Africa at the end of last month. Farm Africa helps farmers to not only boost yields but also gain access to markets, while protecting the environment for generations to come.

Mr Fairburn said he had no idea what to expect from the challenge, where he was joined by Fairburn’s production manager Egle Kalinauskaite and Hy-Line managing director Omead Serati.

“I’m only used to running longer distances here in the UK and the climate is very different. It was an extreme challenge in every sense and I’ve got the blisters and worn out trainers to prove it, but it was worth every single step to come home and discover how much closer we’ve got to our fundraising goal.”

Donations can be made by visiting Daniel Fairburn’s fundraising page

For more information about Farm Africa