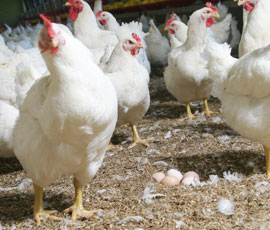 QualiTech, based in the US, measured the weight of 2,640 broiler chicks, split into 88 pens of 30 over a 42-day period and assessed the level of zinc taken by the birds.

They observed bird weights at the beginning of the study and again at 21 and 42 days and calculated the birds’ feed efficiency based on the total pen bird weight and their total feed intake.

“The results from this study indicate the use of zinc from an organic source, such as SQM zinc, will provide the highest level of live animal performance,” said a QualiTech spokesperson.

QualiTech said the ability to reduce the level of such an organic source would compensate its expense.

“This indicates an overall greater bioavailability and delivery to the animal, along with providing zinc to optimise the bird’s performance and efficiency,” they added.