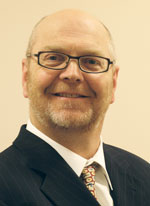 Simon Knowles (left) has been appointed as national sales manager responsible for the sales and marketing of the Optivite range of feed additives and biosecurity products.

Simon studied at Myerscough College, with further studies with the Chartered Institute of Marketing, and has had an extensive career spanning both the human and animal feed market. He has a sound understanding of animal production systems across all species and a good knowledge of biosecurity, food production processes and the requirements of consumers, retailers and farmers. 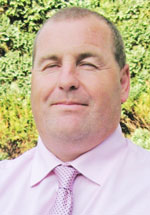 Mike Duxbury (right) has been appointed national business manager, pig and poultry home mix. Mike’s role is to develop the business within the home mix market and is looking to focus on Optivite’s Genex brand and grow the Optomega portfolio.

Mike previously worked at BOCM Pauls as a livestock specialist and at Cotswold Pigs. He has a degree in farm business and livestock management, and in 1998 was awarded National Pig Man of the Year by NPD. 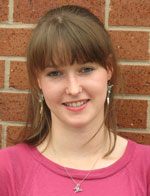 Ellie Harrison (left) has joined Optivite as assistant nutritionist. In her role, Ellie will give support in areas including product and feed formulation services to customers. She will also be involved in quality control and providing technical support to other staff. Ellie graduated from Newcastle University with a degree in animal science.

Jackie Hill has joined Optivite as export registration co-ordinator. Jackie will monitor regulatory submissions and renewals and co-ordinate documentation and assemble registration and renewal dossiers. Prior to joining Optivite, Jackie worked with Wyeth and Abbott Laboratories and she has a BSc in pharmacy.

Diane Howard has been appointed organic sales manager at Vitrition, Optivite’s organic feed business, which operates the longest-established dedicated organic feed mill in the UK. Diane’s role will be promoting animal feed within the organic sector, making customers and potential customers aware of the quality, cost-effectiveness and efficiency of the products.

Optivite Group is one of the UK’s largest independent animal nutrition and feed additive businesses. Its products include organic feeds, premixes, fatty acids, concentrates and enzymes. The range also includes an omega-3 fatty acid supplement for the pig, poultry and ruminant markets.