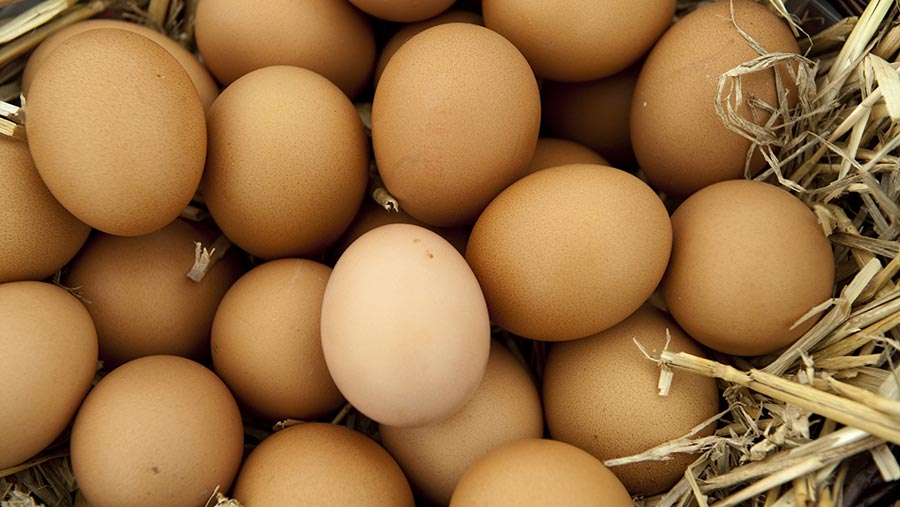 According to Mark Williams, chief executive of the British Egg Industry Council (BEIC), egg consumption increased by six eggs per capita, to 189 eggs a year.

“Most of that growth has been in free-range – it’s flying off the shelves,” he said.

However, another reason for increased sales was heavy discounting by the major retailers, meaning that the total value of sales actually fell, year-on-year, despite the increase in volumes.

“We need that money to reinvest in our businesses,” warned Mr Williams.

Although that could pose a risk of oversupply, there were opportunities for further growth in the market.

“The health professionals are the best ambassadors we’ve got,” said Mr Williams.

“We fully expect the Food Standards Agency to revise its guidance on runny eggs so vulnerable groups such as the elderly, pregnant women and young children will be able to eat them – it’s all excellent news.”

However, there were other challenges facing the industry. “There is a fear that the US will get duty-free access to Pacific countries before we do in the EU [under the Trans-Pacific Partnership].” A vote to leave the EU could also affect import tariffs.

“But bird flu is, without a doubt, the biggest threat facing our industry at the moment,” said Mr Williams.

The poultry health and welfare group was in discussion with Defra about implementing whole house gassing in the case of an outbreak, as well as reconsidering the treatment of free-range hens, bird movements, and secondary cleansing and disinfection.

“Hopefully within two years we will have a different set of protocols in place which will be nowhere near as rigorous as what we have now,” he said.

Another change was the introduction of feather scoring birds at 40 and 70 weeks, he added.

“The government decided not to ban beak trimming in November 2015, but is expecting a step-change improvement in feather pecking.”

By recording feather scores in a nationwide database, producers could demonstrate such compliance. “It’s very simple to do – and if we don’t deliver we will lose beak trimming altogether,” Mr Williams added.