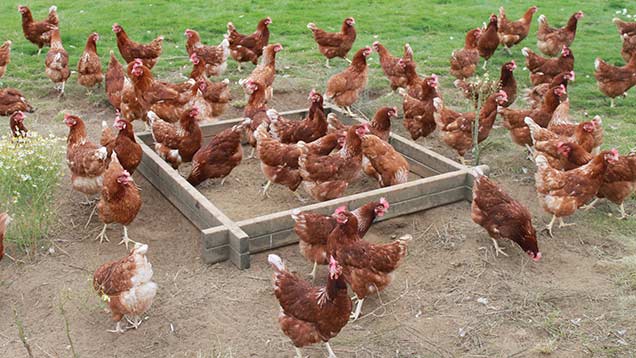 Provisional results from the Bristol University trials on non-beak trimmed flocks of layers have been presented to the cross-industry Beak Trimming Action Group – though the findings remain a closely guarded secret.

The meeting in early March was chaired by Defra and members were reminded to respect the confidentiality of what they were told. In particular, one of the 20 trial flocks had not been depleted, and further data was awaited from some of the other more-recently depleted flocks.

But group members approached by Poultry World did concede that the general findings were little different from what is already known. Generally, most of the flocks with intact beaks had responded well to the various management interventions, but two of the larger flocks had seen outbreaks of injurious pecking, one of which had to be emergency hot bladed.

Figures leaked last autumn – half way through the trial – showed that average mortality was higher than the 9% deemed “unacceptable”, even though some flock data had been adjusted down because mortality was deemed to be caused by things unrelated to beak status.

It is understood that the figures have not changed significantly as a result of more trial data coming in.

The next stage is for the Bristol researchers to submit their draft report to Defra by the end of April, which will then be subject to external peer review – a process that will take several months.

There is then scheduled to be a policy review, though the timing will depend on which political party forms the next government after the general election.

BTAG chairman Stephen Lister said that the group would present its advice to the minister, once it had seen the final report, probably in the autumn. But a final decision by Defra could be rolled over into 2016.

A Defra spokeswoman insisted that the regulators continued to listen to all sides of the argument.