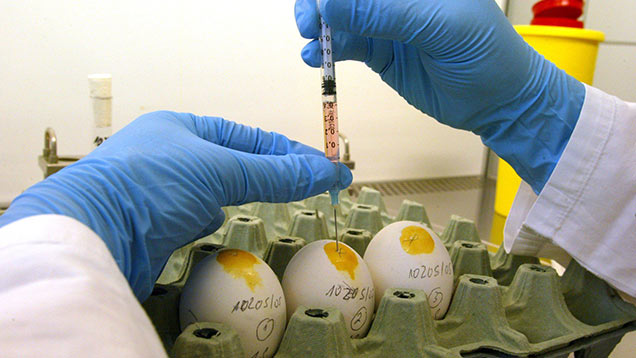 A fresh outbreak of highly pathogenic avian influenza has been reported in Germany this week, involving a flock of 10,100 layers in the north-west of the country.

German chief vet Karin Schwabenbauer informed the World Organisation for Animal Health in Paris on Monday (27 July) that 50 birds in the flock had died and the remaining birds on the farm in the Emsland district of Lower Saxony had been destroyed.

Laboratory analysis had confirmed the strain as highly pathogenic H7N7 – the same sub-type that affected the UK earlier this month.

According to EU law, the German state authorities have set up a 3km protection zone and a 10km surveillance zone around the holding, applying strict movement restrictions on farms in the area.

It is reported that preliminary cleaning and disinfection is now under way. Three backyard flocks on neighbouring farms have also been culled as a precaution.

The chief vet’s statement also makes clear that no poultrymeat or eggs have been dispatched from the affected area to other parts of Germany or other EU countries.

Highly pathogenic avian influenza was last seen in Lower Saxony in December 2014 on a turkey farm. Then the strain was H5N8 – the same strain as was found on an east Yorkshire duck farm last November.

This was followed by further outbreaks of H5N8 elsewhere in Germany in early 2015, as well as more recent outbreaks of low-pathogenic H7N7.