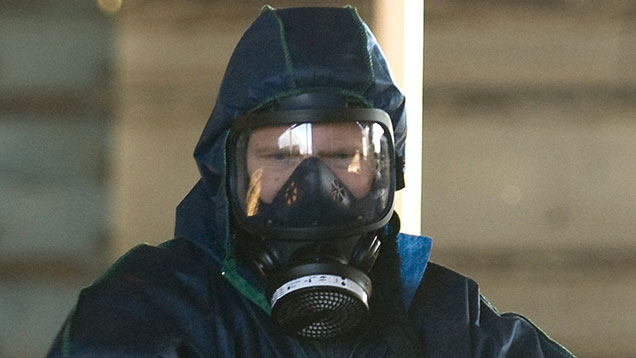 Ducks infected with high-pathogenic avian influenza (AI) on a breeding farm at Nafferton, East Yorkshire, will be slaughtered today as Defra continues its efforts to contain the outbreak.

More information has emerged in the past 24 hours as to the nature of the outbreak.

A government report to the World Organisation for Animal Health in Paris revealed  the birds were 60 weeks old and had been showing signs of slightly raised mortality and a “gradual but marked drop in egg production”. “An underlying bacterial/fungal infection is likely to have preceded the infection by avian influenza, contributing to the presentation of clinical signs.”

According to the report, mortality reached 5.63%. It also noted the unit “routinely applies high standards of biosecurity and had not moved any birds or eggs from the premises in the preceding week”.

The source of the outbreak is recorded as “unknown”, though the expectation is it may have been brought to the farm by wild birds, which may then have excreted the virus on to straw used as bedding for the housed birds.

Defra is due to confirm the exact strain of the disease later today (Tuesday, 18 November), though it is expected it will be revealed as H5N8, which has been found in poultry flocks in Germany and the Netherlands in recent weeks.

According to NFU chief poultry adviser Gary Ford, the priority is for all poultry producers to maintain extreme vigilance and biosecurity to minimise the chances of the disease reaching other flocks.

But the area around the affected duck farm near Driffield is “very poultry dense”, he said, with free-range and colony egg units, other duck farms, broiler sheds and turkeys.

Another priority is for Defra to issue movement licenses – once it is satisfied the situation is under control – so  table eggs, fertile eggs, live birds and, importantly, poultry litter, can be moved off farms. “In some aviary or colony type systems, the litter conveyors are run three times a week and the farms may not be able to store all that litter on site,” said Mr Ford.

Cherry Valley, the company which owns the duck breeding farm, said it had no other units in the 3km protection zone and the 10km surveillance zones. “But we are aware of other producers who do and we are keen to get the site cleared and disinfected as soon as possible,” said managing director John Vernam.

The British Poultry Council has reiterated that the outbreak represents a negligible threat to human health, but says people who work with birds suspected of having AI should be protected from exposure.

“If the virus was transmitted to humans, the most likely route would be by breathing in dust and mist generated by infected birds, and by not washing hands after handling infected birds or contaminated equipment and clothing.

“The virus can also be spread between bird houses and farms by moving contaminated equipment or machinery. It is important that you use the right equipment and good hygiene methods to protect yourself and your colleagues.”