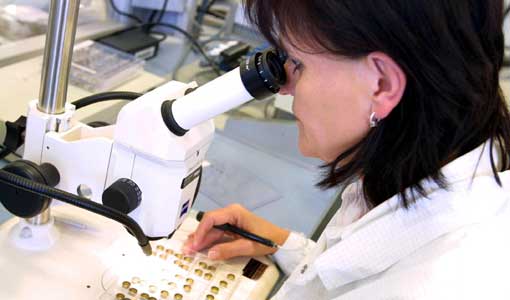 Hook 2 Sisters has more than halved antibiotics use over the last two years, according to Daniel Dring, the firm’s group welfare officer.

The reduction is a response to growing pressure from supermarkets, governments and NGOs, as well as the BPC’s Antibiotic Stewardship Programme. “Opinion is divided as to the role of antimicrobial use in agriculture and the development of resistance in humans,” Mr Dring told the World Poultry Science Association spring meeting in Nottingham. “But the use of antimicrobials in agriculture is under increased scrutiny.”

He said that across the business, enhanced biosecurity, staff education and the use of competitive exclusion in birds’ intestines had all been employed. Hook 2 Sisters had reduced antibiotics usage by over 50% over the last two years, and now averaged less than the 15mg/kg retailers were asking of them.

A consequence of this was increased in mortality.

“I’ve been in this industry for 35 years, and this has been the most difficult year that I can remember for a variety of reasons.”

Mr Dring said wheat quality and the weather had been particular challenges. All broiler sheds now had windows, making temperatures harder to maintain. These challenges created spikes in mortality, the “main problem” for the business, as it made throughput management more difficult.

“We’ve reviewed all of our internal hygiene procedures,” Mr Dring said. “We don’t wet sanitise any more, and we don’t use dirty eggs any more.

“All farms now have a barrier system,” he added, explaining that the company was in the process of linking all the sheds on each breeder unit, so that there was no need to go outside when moving between them.

He added that, where deadbins were near buildings, they had been flyscreened and that the business was rolling out lidded footdips, which he said maintained the integrity of a dip, and were “incredible value for money”.

Mr Dring said that Hook 2 Sisters had stopped virtually all day-old medication on its broilers in April 2012, and that many flocks had not received any medication during their lives. But mortality had grown to unsustainable levels by October, and a “red, amber, green” risk-based assessment model was employed to determine if a flock needed medication.

The model takes into account a number of factors, including previous flock rejects, bird health, seven-day mortality and quality in the hatchery, creating a “targeted response” to disease risk.