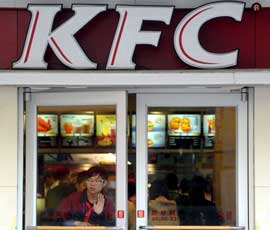 A Kentuckian of “immense business acumen” is set to speak to some of Britain’s most promising young poultry farmers.

John Young Brown Junior bought fried-chicken restaurant Kentucky Fried Chicken from Colonel Saunders in 1964, and over the seven years he owned it, began transforming it into the multinational it is today.

KFC is known for its immense success in countries other than America – the company opens a new restaurant in China every 18 hours – Mr Brown will be talking about successful entrepreneurship and taking a local product to global markets.

He will be speaking on 18 October to 20 delegates from the NFU’s Poultry Industry Programme, a scheme designed to inspire the next generation of business leaders.

Programme lead and broiler producer Kinsey Hern said: “You don’t get much more successful in the chicken meat industry than what Mr Brown did in turning KFC into such a global brand.”