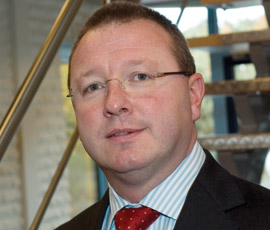 International food group VION has announced that Ton Christiaanse, chief executive of VION Food UK, is to leave the company.

Mr Christiaanse, who is a member of VION NV’s executive board, was appointed to the chief executive’s position after the acquisition of the Grampian Country Food Group in 2008.

His decision to leave follows the successful integration and restructuring of VION Food UK under his leadership, which has consequently eliminated the need for the dual role he currently holds.

He will be replaced on 1 March 2012 by Maarten Kusters, who is currently director of operations of VION Food Netherlands.

“He will actively support VION Food UK until mid-2012 focusing on achieving strategic projects and ensuring the optimum transfer of his responsibilities,” the spokesperson added.

The board of directors of VION Food Netherlands will take over Maarten Kusters’ activities.

Peter Barr CBE, former chairman of the British Meat and Livestock Commission, will continue to be VION UK’s non-executive chairman.