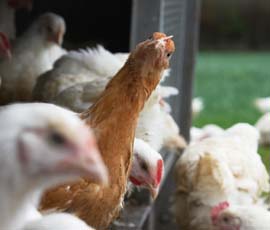 Stronger demand for poultrymeat, but continued high prices for feed and fuel paint a relatively neutral picture for broiler producers over the next 12 months.

The Short Term Outlook for all commodities, covering 2011 and 2012, has been produced for the first time by EU Commission experts and will be compiled three times a year.

Overall, it suggests the macroeconomic situation in the EU and worldwide is improving slightly, with “steady, albeit fragile growth in GDP, a slow reduction in the unemployment rate and an increase in population”.

This is expected to benefit demand for poultrymeat – and chicken in particular – which would “remain on an upswing, while beef consumption is expected to decline further”.

“After a 2.4% increase in 2010, EU poultrymeat production is expected to remain at the same level in 2011 and increase again slightly in 2012, mainly triggered by a higher EU domestic demand,” says the report.

“World demand for poultrymeat is growing, which will benefit EU exports to third countries. It is expected that poultrymeat exports will increase by 18.8% in 2011 and decrease by 1.6% in 2012.

But the report warns that prices for energy and protein feed components, and other essential feed ingredients, have been increasing since 2010 and are expected to remain at elevated levels.

“For cereals, EU production is expected to remain largely unchanged in 2011/2012 at around 275m. In consequence, cereal markets tend to remain relatively tight in the EU and a further reduction in stocks can be expected.”