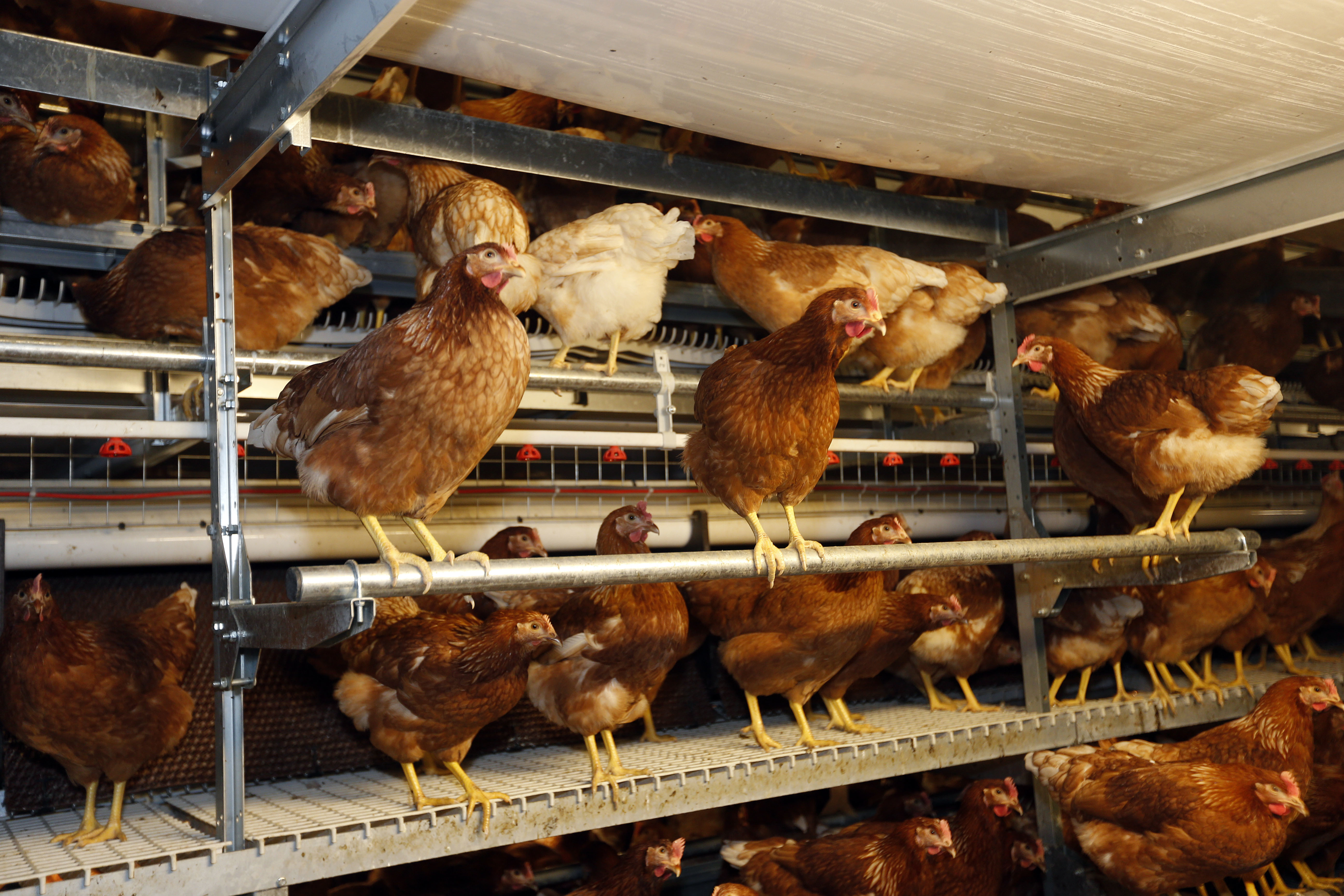 The new requirements for perches, which caused deep concern on welfare grounds from free-range producers, shows where perches can be positioned within the shed. Photo: Bert Jansen

The updated RSPCA Assured welfare standards came into force last month following a detailed letter from the welfare charity in May. They must be met by all relevant Assured members.

Among the key changes are:

The new requirements for perches, which caused deep concern on welfare grounds from free-range producers, shows where perches can be positioned within the shed. They can be at the edge of slats as long as they can wrap their toes around and they can also be over feedtracks and above drinker lines.

The document says that for all flocks, perches must be provided at not less than 15cm per hen of which

There are also requirements around angles and distances between perches – they must have a horizontal distance of at least 30cm between them – and they should be sited at least 20cm from walls. Perches in ladder formation are not permitted.

Bfrepa has argued strongly about new requirements to retrospectively fit 8cm/bird of perching space on flat deck systems, saying that hens’ right to freedom from pain will be undermined .

Earlier this summer, the RSPCA also introduced new standards for chickens. Changes to standards included a requirement for chickens not to have to travel more than 3 metres anywhere in the house to reach water.

There were also new standards around the size of light openings in chicken houses, manual head only electrical stunning, gas killing and a requirement for a written wild animal control plan.

BFREPA against the RSPCA’s new standards

Robert Gooch, chief executive of the British Free Range Egg Producers said: “BFREPA fought the RSPCA on the implementation of these new standards because we believe that it will be detrimental to hen welfare – our members’ number one priority.

“Changes to scheme standards should be evidenced-based and focused on welfare outcomes for the birds. In trials conducted by our own members we saw no evidence that additional perching will improve hen welfare, and Bristol University research shows that fitting large amounts of aerial perching can lead to an increase in keel bone damage to hens.

“The new standards are in force now and members will have to make their own decisions about whether they want to produce eggs within the RSPCA Assured scheme.

“We don’t want to be in a situation where the free range sector receives criticism for increased cases of keel bone damage through no fault of its own.”