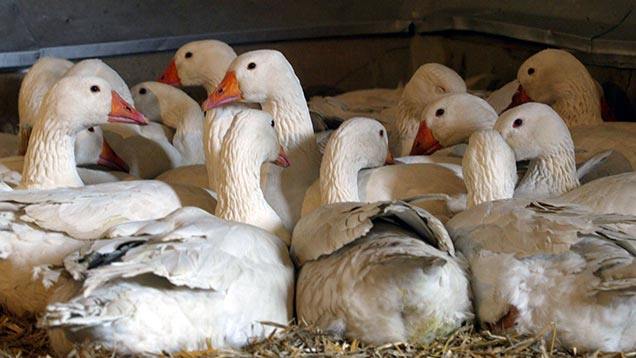 Gressingham Foods’ marketing director has spoke of the upset that the RSPCA’s “like a duck to water” campaign has caused – and how the business has dealt with the criticism.

In March, the charity renewed its campaign criticising the Duck Assurance Scheme, which is incorporated into Red Tractor standards. It says that indoor-reared ducks should be given access to open water.

The poultry industry argues that this presents an unacceptable risk to bird health, and largely moved away from the Freedom Foods standard in 2012.

Read a profile of Gressingham Foods

Asked at a Chartered Institute of Marketing Food, Drink and Agriculture seminar about its impact, Gressingham’s marketing director Steve Curzon said it was “upsetting and unfair”, but it had failed to gain media traction.

“We address it front on,” he added, “We tell everybody exactly how it is, what we do and then let people make their judgement.

“The moment anyone asks us for any detail, we say the systems are exactly the same – but while we have a trough with pieces of wire across the top to stop birds pooing in the water, drinking it and getting ill or dying, the other hasn’t.

“[The RSPCA system] has higher disease, higher mortality and a greater need for veterinary intervention.”

Managing director at the firm, William Buchanan, said the company had reared ducks to Freedom Food standards for many years, but changes had been issued with little consultation. “It got to the point where we said, ‘sorry, but we cant do it’.”