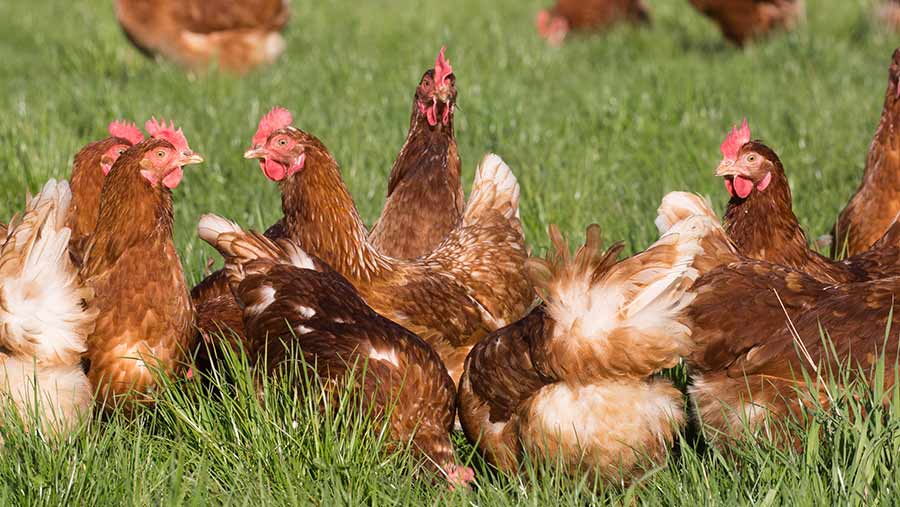 The UK poultry sector has seen yet another year of change, with an increase in the number of broiler and layer units alongside further concentration of the processing and packing sector.

“Producers are preparing for 2025, when most retailers have committed to phasing out colony eggs (Morrisons has committed to cage-free by 2022); but this has led to an oversupply, with downward pressure on prices.”

This has been accentuated by grant funding in parts of Northern Ireland and Wales that has encouraged further investment in poultry units, despite limited demand at present, she says.

“Grant funding in some situations has the unintended effect of encouraging producers to sell at a low price, below the cost of production in some cases, to gain a contract, which is a requirement of the grant offer.

“While grant funding may be helpful, business expansion should not simply occur because a grant is available. Producers must not be led by the grant, but use it to help them become leaders.”

Ms Hiscock expects the free-range egg sector to remain challenging over the next one to two years, as supply and demand remain finely balanced. Furthermore, with input costs rising, specifically feed, the margin from production has reduced.

Given these pressures, any planned expansion or diversification must be carefully considered, and the following should be taken into account :

For those already operating in the poultry sector, the key, as ever, is to focus on the true cost of production to ensure a profit can be achieved in the most challenging times, Ms Hiscock says.

“Although challenging, the poultry sector is well placed to meet UK consumer requirements post Brexit. The outlook is positive, for those who can operate efficiently, profitably and react to the inevitable changes in the business environment.”

As the Andersons report suggests, razor-sharp focus on costs will be critical over the next 12 months, with many feeling oversupply may bite after years of strong capacity growth.

Domestic broiler production continues to rocket. The latest figures show that just shy of 22 million birds each week are being slaughtered in the UK, compared with about 18 million in the final weeks of 2015.

It is also worth considering the impact of imports. The Ukraine has gone from selling almost nothing into the European market two years ago to more than 200,000t in the first nine months of 2018. Another big exporter, Brazil, has been beset with meat-quality scandals, but will be back on its feet before too long.

Highly-geared egg businesses should review their finances, with the expectation that lean times are ahead. A number of packers have already cut their egg price and feed prices continue to creep upwards – rising by about £20/t in 2018 by our estimate.