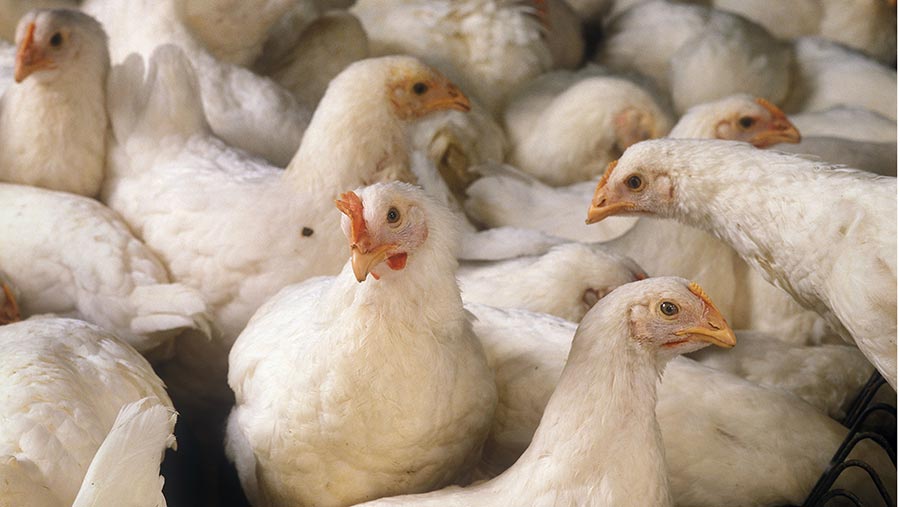 Egg and poultrymeat producers say oversupply and the potential threat of a disease outbreak are the biggest concerns they face over the next three years.

The NFU’s spring 2016 poultry industry outlook survey asked respondents to rank potential threats in order of importance, with layer producers putting oversupply in the top slot, while broiler producers cited disease as their number one threat.

The survey, which was carried out this March and answered by 343 respondents, found lower sales prices were the next biggest concern.

The survey showed 64% of respondents saw the next three years as either very or fairly positive, with just 13% saying they viewed the period as very or fairly negative.

Meat producers tended to be more optimistic than those in egg production – 73% of those with broilers had a very or fairly positive outlook, compared with 52% of layer producers.

In terms of investments, broiler producers were more likely to have invested in renewable projects or buildings and facilities in the past three years.

The most common form of investment has been in renewables, with 76% of broiler producers and 37% of layer producers having gone down that path.

Some 44% of all producers said they would be looking to expand their business, which the NFU said was notable given that oversupply had been farmers’ top concern.

However, those with layers were much more likely to be carrying out direct or local marketing than broiler producers.

One-quarter of all farmers said they would also be looking to diversify outside the poultry sector in the coming years.

The results will inform outlook sessions at this year’s Pig & Poultry Fair.