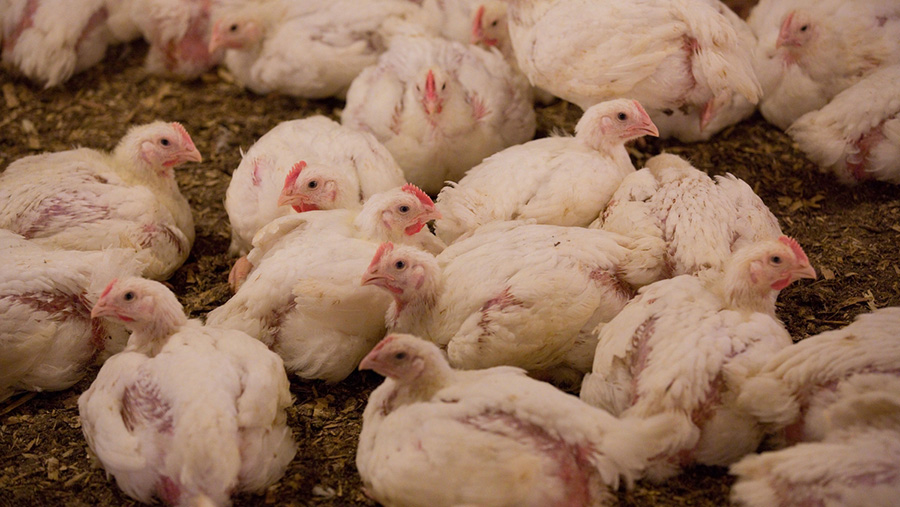 Broiler farmers in the UK are to benefit from two three-year research projects, aimed at improving bird health and welfare.

The grants, amounting to £500,000-£600,000, will be split between Oxford and Bristol Universities and have come from the Biotechnology and Biological Sciences Research Council as part of a wider European initiative.

The Oxford study, led by Professor Marian Dawkins, will use cameras to monitor the behaviour of flocks and analyses their flow movements.

The system has already demonstrated it is able to detect key welfare issues such as lameness, hock burn and mortality rates.

The Oxford team, with support from researchers in France, Switzerland and the Czech Republic, will test the system on a wide range of farms comparing the results with recognised labour intensive systems for assessing welfare at flock level.

It will also compare its output with independently measured health and behavioural parameters from individual birds within a flock.

One new area of research is to see if there is a specific flow of birds linked to key diseases such as salmonella and campylobacter or other gut health issues.

Using the information, a database will be established so that flow data from the flocks can be evaluated in the context of production, health management and other flock attributes, with the aim of developing good flock welfare.

The Bristol project, run by Dr Andrew Butterworth, involves partners in Spain, Norway, Italy, France and Finland and is designed to enhance data obtained at slaughter with the aim of improving broiler health and welfare.

“We want to offer the potential to reduce antimicrobial use across the EU – a real and current concern for producers and legislators in the EU,” said the report.

The new data system will allow producers and officials to obtain updated information on factors affecting the health and welfare of broiler flocks and will provide them with practical tools to improve flock performance by better managing health and welfare.