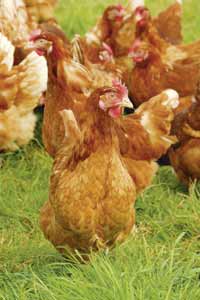 Egg packers across the UK have closed their doors to new free-range egg producers and cut prices, warning the market may remain depressed for almost two years.

Stonegate agricultural director Richard Kempsey said it had stopped accepting new producers in late May due to a variety of factors. “The wholesale market, the pullet placement figures and the entire outlook has affected us. They are all showing signs of heading into reverse, so we have acted accordingly,” Mr Kempsey said.

Noble Foods marketing manager Steve Horton also told Poultry World the company had closed its books and will review the market in the future. “We are not signing any new contracts at the moment. However, we are talking to producers and if they want to go on our waiting list then they can join it,” Mr Horton said.

Noble Foods is one of several packers which has cut prices. In a letter to free-range producers, the company blamed the expansion of supply ahead of the 10% growth in demand, the drop in the wholesale market and the weakening of the euro which had led to a fall in egg exports.

It is understood that the price cuts by packers range from 5.5p-12p/doz.

South-east egg producer Fridays operations manager Martin Flegg said it had sufficient supplies of eggs for the next 18 months while egg franchiser John Bowler said in a recent statement his company had stopped taking on new producers.

“We, as a company, have made the decision to temporarily stop advertising for new recruits. We will not be issuing any new contracts to produce free-range eggs for at least nine months unless market conditions improve,” Mr Bowler said.

NFU Scotland poultry committee chairman, and owner of Finlay Eggs, Robert Chapman said his company had stopped taking on new entrants and he expected the market to take at least 12 months to recover.

“It all depends how the market goes, but I think at least 12 months,” he said. “It’s nothing new. We’ve seen it in the poultry industry in the past and the market will correct itself. It always does. The strong survive and the weak go out and at the end of the day that’s the only thing that will correct the thing.”