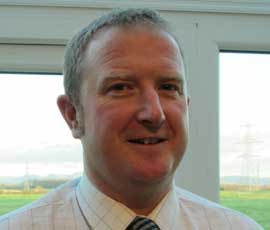 Tony Grainger has been appointed manager of Pfizer’s poultry range of in-feed products in the UK and Ireland.

Mr Grainger has worked for Pfizer for the past seven years, most recently serving as part of its ruminant team in the north east of England.

As part of his new role Mr Grainger will be working alongside poultry manager James Porritt and technical manager Stuart Andrews. He will be selling Pfizer’s range of medicated feed additives and probiotics.

Mr Grainger, who lives near Northallerton in North Yorkshire, gained an honours degree in agriculture from Newcastle University in 1994 and worked in the dairy industry, as well as the human pharmaceutical industry, before moving into animal health.