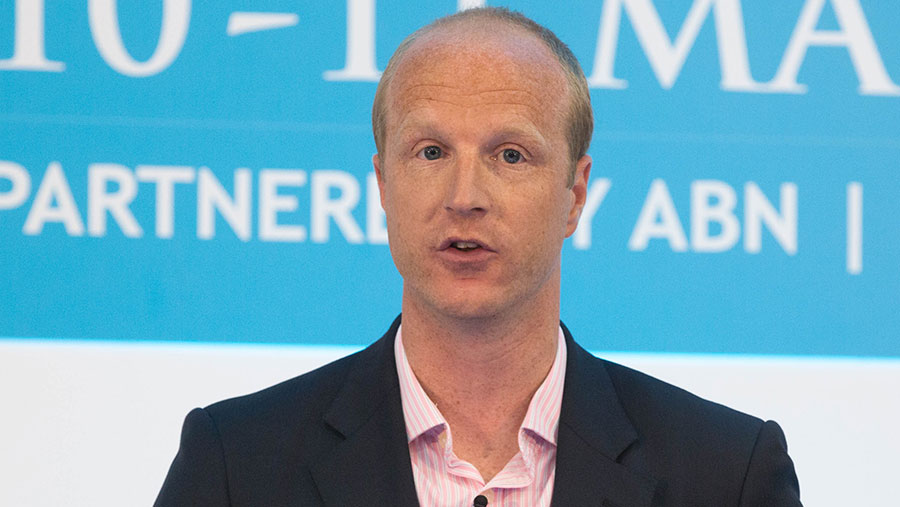 Egg and poultrymeat producers alike were warned that feed price instability was an emerging threat for both sectors, on the first day of this year’s Pig & Poultry Fair at Stoneleigh Park

Given the deflationary background on selling prices and intense competition between retailers, the prospects of quickly recovering any rise in input costs were bleak, producers were told.

Tom Willings, of Noble Foods, said he was aware of the producer price reductions already in the market this year and suspected that tougher times lay ahead.

“The problem comes in the longer term when feed costs rise. Soya prices have been on a charge, up £60/t in the last six weeks. One day wheat prices will rise too, and when they do, I imagine recovering cost price increases from downstream will be close to impossible for months, or even years.”

In a recent NFU survey, the top fears among producers had been oversupply, disease outbreaks and lower sales prices, and the latter had been a feature of both sectors in recent years.

A combination of competitive pressures and margin erosion was the current doomsday scenario, said Mr Willings.

“Let’s be very clear: our leading supermarkets and foodservice providers are an overwhelming force for good. They pay a relatively stable price, and 99% of eggs on shelves are British, and the standards to which they’re produced help to ring fence our market.”

The real threat today was the level of deflation witnessed in the egg sector over the last two years. A six-pack of free range typically sold for £1.40 two years ago, while today the headline price was 79p, he said.

“According to Nielsen, the total value of the market has declined from £900m annually to £786m and falling, while volume had grown at an unprecedented rate. Last year, annual consumption grew by six eggs per capita to 189.

“Volume growth is great, but why are we bleeding value? It’s mainly due to the strategic sacrifice of our category by retailers fighting ever harder to create shopper loyalty.”

Realising a price increase required the supply tap to be turned off – something much harder to achieve given the number of new units with heavy borrowing tied to them, when compared with five years ago.

The best hope was a structural change in demand for different types of eggs, such as was taking place in the US with the plan to phase out cages. Any such move in the UK would benefit the free-range sector, with barn eggs not a viable alternative route, he said.

“A steady and structured move to free range over the next decade would make much more sense. It’s already happening.”

Chris Hall, director of fresh chicken at Cargill Meats, revealed that like the egg sector, the chicken market was suffering from deflation with value up just 0.6%, but volume up 4.6% in the past year.

When planning expansion, it was important to work with customers, rather than grow speculatively, he said.

“We’re right on balance at the moment, and it’s really important to have discipline. We’ve been in a very stable environment on feed costs for the past few years. That environment is becoming less stable, and who knows quite where that’s going to go.

The Poultry World team can be found at stand 35, where an exclusive show subscription offer can be taken advantage of. We have also teamed up with Arden Wood Shavings, launching a competition in which one lucky producer can win £1,000 worth of poultry bedding.