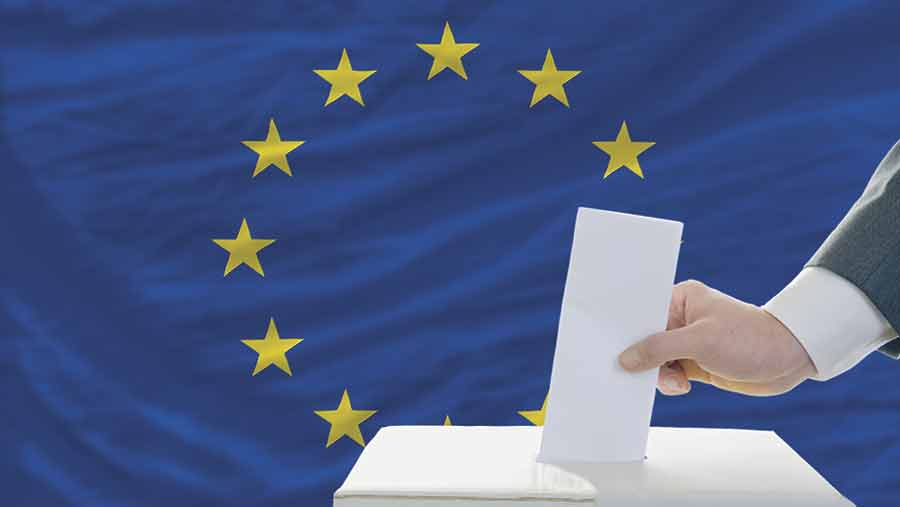 Poultry farmers are among the keenest in British agriculture to leave the European Union, an exclusive new poll for sister magazine Farmers Weekly has revealed.

Overall, the survey of almost 600 farmers found that 58% are currently intending to vote “leave” in the upcoming referendum (23 June) compared with just 31% who want to “remain”, with another 11% “undecided”.

This is seemingly at odds with the farming establishment, with all the main unions having now declared they see staying in the EU as the best option from an agricultural perspective.

But the poultry sector seems even more at odds with this position, with 80% in the survey saying they wanted to leave the EU.

The analysis suggests this reflects the fact they operate in an unsupported market, so have less to lose than most in terms of farm support. Indeed, 67% of those surveyed believed they would be better off in a post-Brexit world.

The sector is also heavily influenced by EU regulation, both in respect of animal welfare and environmental control, which may be making some producers more inclined to leave the EU. Of those surveyed, 57% believed there would be less red tape outside the EU.

Trade is another key factor, and over 80% of the poultry farmers surveyed said they were either “very confident” or “quite confident” government would still be able to negotiate preferential trade deals with the EU and Third countries.

Given that the poultry sector is as dependent on customers in Africa and the Middle East as on those in mainland Europe, this may account for their greater willingness to leave the EU.

The British Poultry Council said that, while it was not taking a position on Brexit, it was “aware of a dichotomy of opinion within the sector”.

“The business case generally falls into staying within the EU and maintaining the UK poultry sector’s leading role in a large trading bloc,” said the BPC’s Richard Griffiths. “But as the survey shows, the opinion of individuals within the sector can often lean towards leaving, although often for personal reasons outside of agriculture.

“Poultry farmers may also have less reliance on Europe as part of an unsubsidised sector and so might feel less direct affinity.”

What poultry farmers are saying

“We need to have the bottle to leave the EU and stop being governed by people who have not been elected, certainly not by us. This government is undoubtedly not very interested in agriculture, but that should not let us be frightened into retaining the status quo.” Midlands poultry farmer, with beef, sheep and vegetables

“The net cost of being in Europe is a small price to pay for political stability, access to a huge market and financial security for most businesses.” Midlands poultry farmer, with arable

“I understand that many farmers will vote to remain because of EU subsidies and foreign, cheap labour. But I cannot see why we cannot continue both as a fully democratic sovereign nation.” South-West poultry farmer, with pigs and cereals

“I feel that we should return to what we originally signed up for in the EEC – free trade and security, and not the social reform, open borders, human rights and unscientific regulation imposed by the EU.” Midlands producer, with beef and arable