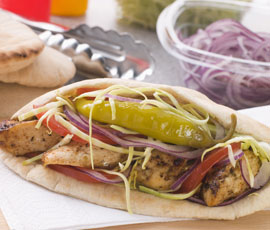 A Bristol poultry processing unit that supplied up to 30t of chicken a week to fast food restaurants in the south-west and Wales was shut down because of the risk it posed to human health, a court has heard.

Kamran Ajaib, who ran Hamza Poultry from an industrial unit in Maggs Lane, Fishponds, admitted a series of breaches of the food hygiene regulations when he appeared before Bristol Crown Court on 11 September.

The court was told the unit was in an appalling condition and was a serious risk to health.

The business was investigated after a customer at a fast food restaurant found a piece of wire in a chicken takeaway.

He said there were no washbasins in the work areas, no knife steriliser and no safety management system.

When they closed the business in May of last year, the environmental health officers seized 4t of chicken which had to be destroyed.

Mr Ajaib, who is due to be sentenced on October 15, faces a possible jail sentence when he returns to court.