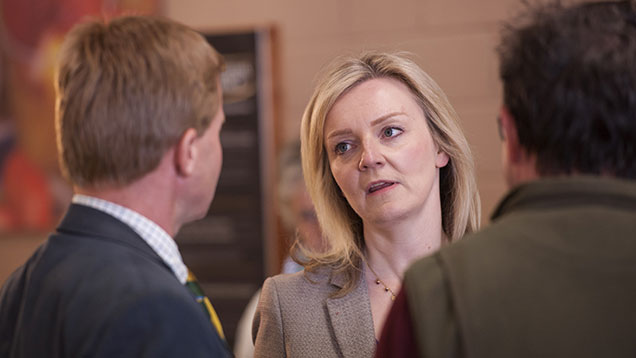 Poultry and feed grain representatives are seeking an early meeting with reinstated Defra secretary Liz Truss, to discuss their concerns over EU plans to nationalise decisions over the use of GM raw material in animal feed.

The use of GM soya and maize is determined at EU level, with some 58 different varieties already approved.

These ingredients have been used for many years in livestock feed, though it was only two years ago that supermarkets in the UK sanctioned their use in poultry rations.

Under the EU plans, which are due to be debated by farm ministers in Brussels in June, individual member states could ban the use of GMs in the food chain.

The UK poultry sector is concerned that this could disrupt trade and push up costs.

A joint letter has therefore been sent by The British Egg Industry Council, the British Poultry Council, the Agricultural Industries Confederation and Gafta (representing the grain and feed trade), to Ms Truss.

“There are a number of concerns which we and our memberships share in relation to the commission proposal,” they said.

“These range from the legality of the proposal and the lack of an impact assessment, through to the implications for the UK industry.

“The feed and livestock sector is reliant on the use of third country plant protein imports, most commonly through its use of soya.

“For the poultry sector in particular, there are no realistic alternative products, either in terms of nutritional composition or in terms of price and availability.”

One particular fear is that, if the legislation does come in, different parts of the UK could also apply different treatment as a result of devolution.