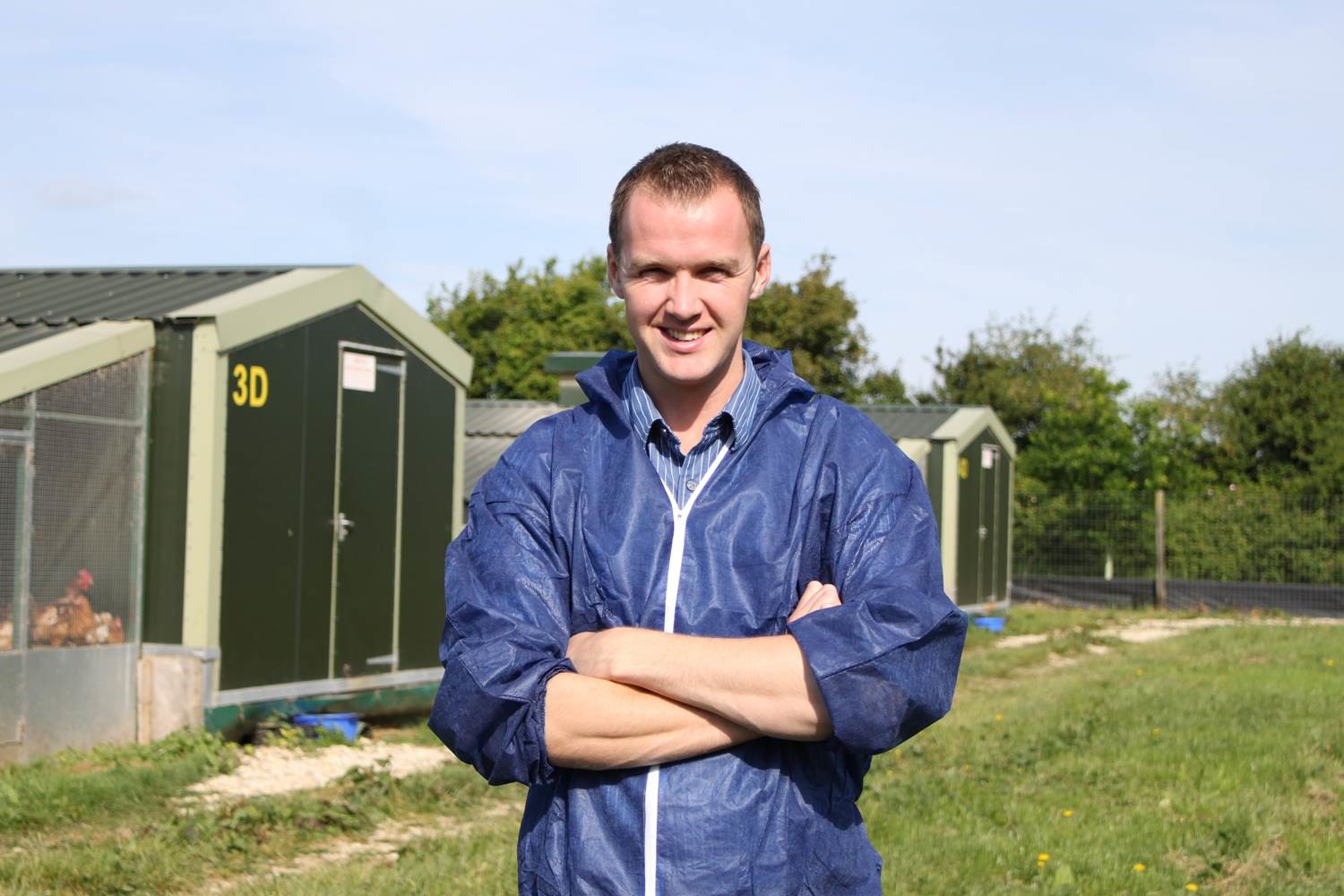 Patrick Hook: broiler producers must make the case for their methods of production. Photo: Patrick Hook

Demand for British chicken – particularly fresh chicken – is strong and will continue to be so, according to Patrick Hook, director at PD Hook. “Retailers do want British – it’s looking positive,” he says.

However, there is a big push from EU NGOs to reduce broiler growth rates, which will challenge the supply chain, he warns. “As an industry, instead of fighting these people we should have an offer for them to demonstrate responsible production.”

A consortium of welfare organisations across Europe has come together to list minimum standards for broiler production. While retailers’ chicken in the UK already matches many conditions, a key requirement is to switch conventional broilers to slower-growing strains that meet the RSPCA’s farm assured standard. The group also says birds should be stocked at a density of 30kg/m2 or less. Marks and Spencer has already agreed to work towards achieving the new standard.

When it comes to profitability, retailer price pressure is unlikely to go away. “We need to major on getting the best performance possible.” Slower grown chicken – while it requires more space – could reduce staffing costs, as could new technology and automation. “We need research and development to get birds more efficient while maintaining key welfare traits.”

Brexit and the uncertainty it brings

Of course, the Brexit backdrop provides a lot of uncertainty, mainly around access to a skilled workforce, as well as potential trade barriers, he adds. “Imported US chicken is a credible threat – not to the fresh chicken sector but in the frozen and processed categories. We need to protect our supply base and sell the benefits of eating Red Tractor chicken.”

Having done such a good job of reducing antibiotic use in recent years, Mr Hook envisages further gradual improvement in the years ahead. “We need to emphasise the message of responsible use – I don’t think antibiotic free production is responsible from an animal welfare perspective.”

John Kirkpatrick, agricultural manager for poultry and eggs at Tesco, reckons the coming year is likely to see continued improvements in welfare standards, with increased use of data to measure the outcome. “We want to challenge our suppliers to push the boundaries.” Using these outcome measures is likely to work well across the board, from welfare improvements to antibiotic reduction, and from data capture to boosting technical efficiencies.

Having open and honest communication throughout the supply chain is key, he adds. Only by working in partnership and demonstrating leadership in the sector – through sustainable farming groups and innovation – can the firm drive excellence across the poultry supply base. “We want to adopt sustainable practices that are really delivering positive outcomes.”

Egg sales are still on the up, reaching a high of 197 eggs/capita last year – and that trend looks set to continue as more people appreciate the health benefits of eggs, according to Mark Williams, chief executive of the British Egg Industry Council. “There are now 38.5 million hens on the ground – the highest in many years – and we expect egg sales to continue to increase.”

However, prices are likely to remain under pressure in such a competitive market, he explains. “Discount retailers’ egg sales are phenomenal and established retailers have to compete with that.”

So how can producers increase production while facing lower prices? “There is a big drive to keeping hens in lay for longer, and keeping the shell quality up in later lay,” explains Richard Pearson, head of agriculture at Chippindale Foods. “It’s about maximising every egg that comes off the farm.”

Farmers are going to be asked to do a lot more on flock health and welfare grounds, including recording health throughout and at the end of the flock. “That will require a lot of co-ordination between packers and producers to collate.”

In the immediate term, producers with flat decks will have to comply with new perching regulations from this August, while in the longer-term, there is the cage-free drive to consider from 2025. “Retailers would like to see a larger percentage of their eggs to be free range,” explains Mr Pearson. “That will mean future investment in free-range egg production.”

However, with the threat of avian influenza ever present, that could present a challenge. “The standards of biosecurity have increased out of sight over the past 2 years, which must be applauded. But we have to prepare ourselves for higher AI pressures in future years, so we must not take our foot off the gas.”

With Brexit around the corner, the egg industry is well placed due to its robust Lion farm assurance scheme, explains Mr Williams. However, trade deals and labour availability are a concern. “I expect the Brexit negotiations will go down to the wire and a deal will be done – but as with any last-minute deal it won’t be perfect. I also have some concerns about egg products, because if the government adopts a policy of cheap food then it’s very easy to buy cheap food from all over the world which won’t be produced to our high standards.”

Technology and the so-called ‘Internet of Things’ – physical devices connected to the web – have really developed in the past couple of years, and there’s plenty that the poultry industry can learn from other sectors, according to John McCurdy, head of agri data services at ABN. “This is about making use of what’s already being measured in a practical way to make actionable changes on farm.”

Increasingly, farmers will be able to draw on other information that’s available within the supply chain, such as end-of-crop performance and feed, he explains. “We need more joined up thinking and to get some of these systems talking to each other and working together. If we can bring the financial aspects together with the performance data it will drive business efficiencies.”

However, it’s not all about the clever software, he adds. “Not everyone will have the latest computerised systems in place, but it is still feasible to collect the data yourself and use technology to bring it all together.”

Data analysis needs to be practical

Many people are already recording significant data for auditing purposes – they just need to make better use of it, he adds. “It could be telling you something really useful. There are practical ways in which data can be captured and used to improve key performance indicators.”

One of the most useful things to monitor is water intake – as it is very closely linked to feed intake. Similarly, house temperature records can be used to see how birds react to deviations in their environment. “If there is a time in the cycle when the birds are not drinking and eating so much it’s an area to investigate with your vet or nutritionist,” explains Mr Lowery.

“Look at post mortems and any links to routine vaccination, changes in diet, ventilation, temperature and other stress factors to narrow down the cause. If you don’t know what’s happening day-to-day then you have to take a far more scattergun approach, and are likely to think that there’s a problem with the whole flock rather than just those few days in the cycle.”