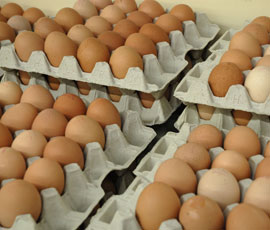 “Even getting a small increase is good, but a 3.6% increase is hugely encouraging,” Mr Williams told Poultry World.

He said there was still a lot of work to be done to get egg consumption levels back to where they were in the 1960’s, but he was confident market growth could be achieved.

“It is important not to become distracted by the conventional cage ban,” he said, “Growing the market and promoting eggs, by providing consumers with high quality, nutritious, affordable, safe and legal eggs is our number one priority.”