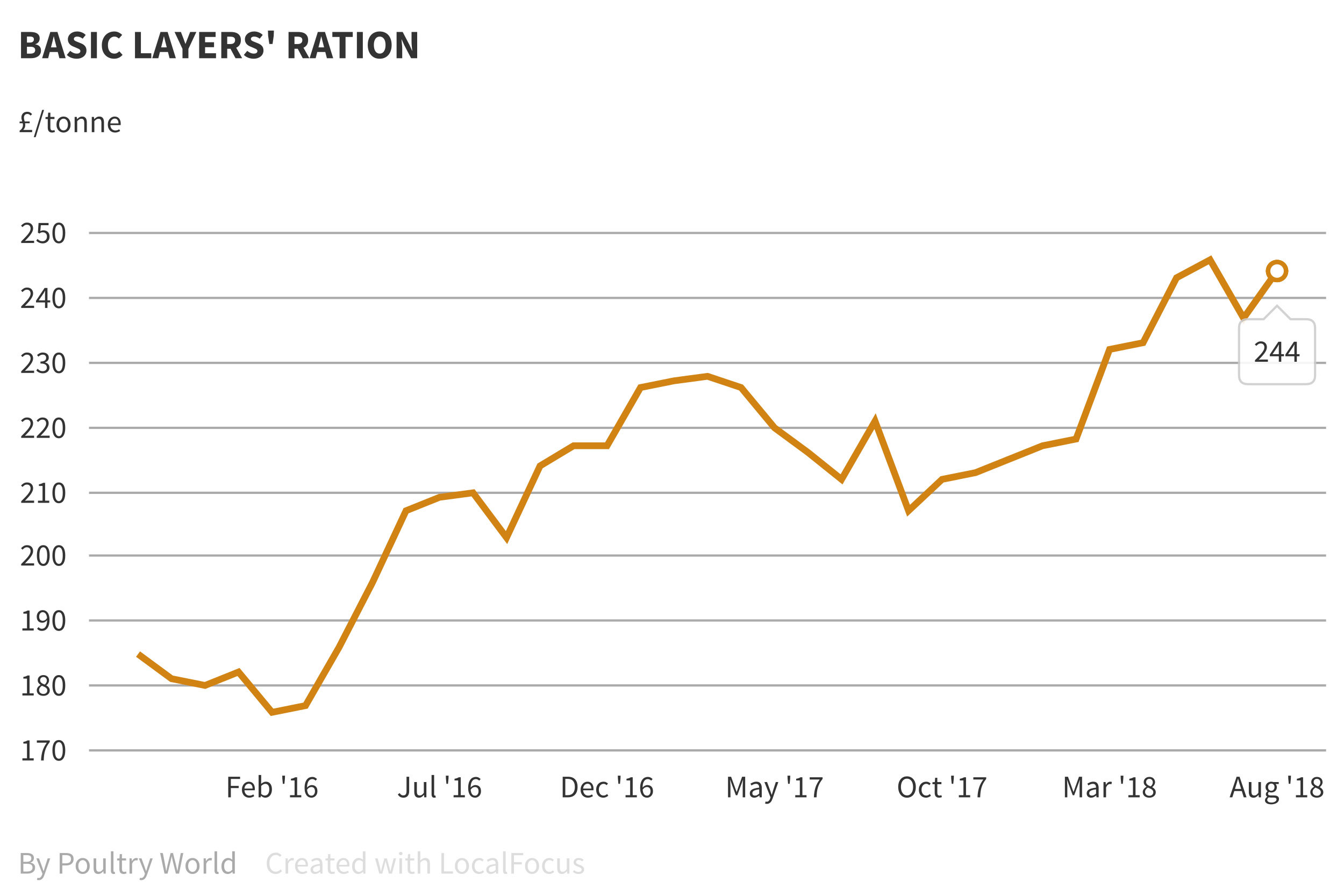 As a result, our estimated price for a basic layers’ ration has declined fractionally over the past two months (see chart right), although the pressure on margins remains intense, particularly in the free-range sector.

At the start of August, soyameal was down by £50/tonne from its May peak, amid the ongoing US trade dispute and a forecast of record global stocks (see below).

However, this respite may be coming to an end, with the return of concerns about drought in key US soya growing areas.

At present it is wheat that is keeping ration costs at current levels. The average spot price for UK feed wheat touched £66/tonne at the start of August, setting a five-year record.

Wheat harvests are under drought pressure across the northern hemisphere. In the US, higher wheat acreages are helping to maintain yields but maize is now the focus of concern and would have a knock-on effect on the wheat market.

China and Australia are also expected to have reduced wheat output.

All this means that global year-end wheat stocks in 2018/19 would suffer a year-on-year decline for the first time in six years.

WHEAT – Total world wheat output is likely to dip to a five-year low in 2018/19, says the International Grains Council. The expected total at 721mt marks a year-on-year fall of 37mt, and will drop below the expected level of consumption.

SOYA – Traders anticipate a recovery in exports of US soya after the emergence of a significant price differential against Brazilian supplies because of the trade dispute.

SOYA – Dry conditions in key US soya growing states are starting to catch the market’s attention.

SOYA – World soyabean stocks are heading for an all time record, according to the latest USDA forecast. The July report has lifted the forecast by 11.25 million tonnes to 98.27mt. This would be a 2.25mt rise in stocks on 2017/18.

Much of this increase is centred on the US due to lost exports, but there are increased estimates for Argentina and Brazil also.