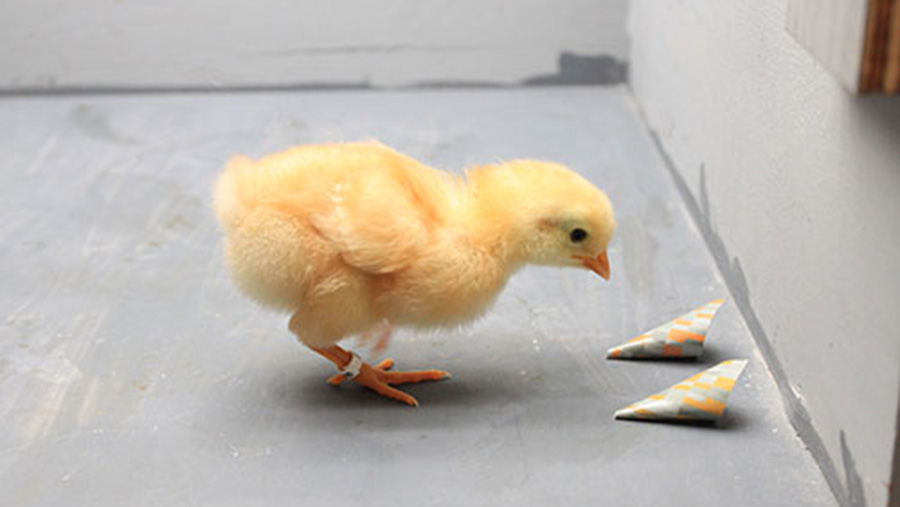 Chickens can distinguish different colours in different environments, helping them find and identify food and mates.

Researchers found the birds could find the correct colour in redder lighting conditions, indicating that, like us, chickens possess colour constancy.

However, like humans, their colour constancy was not perfect. Colour constancy is a feature of the colour perception system, which ensures the perceived colour of objects remains relatively constant under varying types of illumination.

An example would be a person perceiving a banana to be yellow, even under green light.

Scientists at the University of Bristol and Lund University, Sweden, first taught chicken, under white light, to choose a food container of a specific orange colour and to avoid food from yellow- or red-coloured containers.

They then discovered the chickens could recognised the correct colour in redder illuminations.

David Whilby, from the University of Bristol’s ecology of vision group, said the birds could recognise the correct orange colour in more strongly changed illuminations if the difference between the orange and the yellow and red colour was also more pronounced.

In an analysis of their experiments, the scientists compared the amount of illumination change in which the chickens remained colour constant between forest light and daylight, which the chickens’ red junglefowl ancestors would have experienced in their natural environment.

In the experiment, birds remained colour constant in larger illumination changes that they would experience in their natural environment.

The paper Quantitative studies of animal colour constancy: using the chicken as a model by Peter Olsson, David Whilby and Almut Kelber has been published in the Proceedings of the Royal Society of London B.