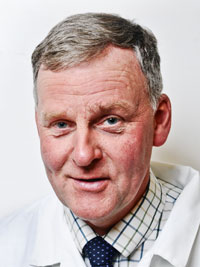 Prices were the biggest concern raised in the poultry breakout session at this year’s NFU conference in Birmingham, with producers and industry leaders furious at the lack of any increase in amounts paid by retailers.

“I think we are being taken for a ride quite frankly because margins are being reduced and I think growers are at the stage where they really don’t want to do it. What annoys me is that there is no reason for it,” said James Hook, managing director of hatchery business P D Hook.

“There is no reason for us to be pillared. It is profiteering by retailers and it’s a hard thing to accept, but I believe it’s true. The price of chicken [meat] in all retailers has gone up. I’m hoping it’s gone up in advance of putting prices up (to producers) in March because if they don’t there’s going to be Armageddon.”

NFU poultry board chairman Charles Bourns tabled figures showing ration prices for broilers at £320/t and for layers at £280/t leading to an average loss for broiler producers of 7-12p/kg and 10p/doz for egg producers.

John Reed, chairman of the British Poultry Council, said industry-wide, meat producers had been asked to absorb a £250m increase in the cost of feed, a burden which could not be shouldered.

“These sums of money are something the industry just cannot absorb and this is going to be the single biggest issue going through this year,” he said. “It’s disappointing that we haven’t been able to see this move through to the consumer. At some point it needs to, otherwise the industry will have to take some fairly drastic action.”

Egg producers also faced high costs and a gloomy outlook in the short term, and some were pushing back orders for new pullets as the industry tries to reign in over-production.

“We have had, probably since January, more volatility in the market than we had in the last couple of years,” Keith Henderson, director of Blue Barns hatchery business, told the meeting. “We are seeing rearing space becoming available in March or April of this year, which a fortnight to three weeks ago wasn’t there.

“We are getting a lot of customers who may not be cancelling, but they are putting orders back. They are stopping lay at 72 weeks, then doing a four-week clear-out – and some are putting a month on top of that.”

Mr Henderson said he didn’t expect there would be an under-supply of eggs towards the end of the year, but there would be a more balanced market as cage producers quit. He also feared a number of bad debts.

Meanwhile, Mr Hook urged the NFU to push the case for a price rise with the supermarkets, “otherwise we’re all going to be like dairy farmers, all working for nothing”. “Don’t pull any punches, don’t be afraid to tell people that down here on the farm we need the money from the consumer.”

Speakers also warned that, unlike the previous spike in feed costs in 2007/08, producers should expect prices to remain at these high levels for some time.