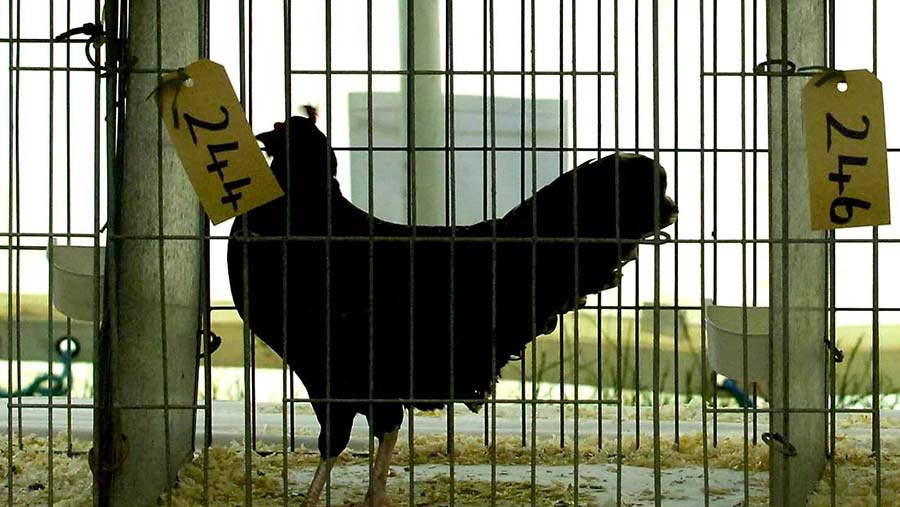 The Royal Bath & West show cancelled its pure breeds competition because of a suspected outbreak of infectious bronchitis in three birds due to compete.

A vet identified what they suspected to be the disease in three birds on Wednesday 1 June after the main competition, leading organisers to decide to cancel the next competition on the Saturday.

Some 600 birds were removed from the showing halls after the cancellation.

Alan Lyons, who is head of shows at the Royal Bath and West, said: “We had a great day judging on the Wednesday and with record entries, it is very disappointing for the show and all the competitors in the Poultry Show, but we take our biosecurity measures very seriously.”

Paul Meatyard, who was chief steward at the event, said running the show on Saturday would have meant cleaning and disinfecting all the pens in less than 48 hours. “We decided it was better to be on the cautious side,” he told Poultry World.

Commercial poultry is routinely vaccinated against infectious bronchitis, but backyard and showing poultry tends to be treated as and when the condition emerges.

It is the most common respiratory illness in poultry and is highly infectious.