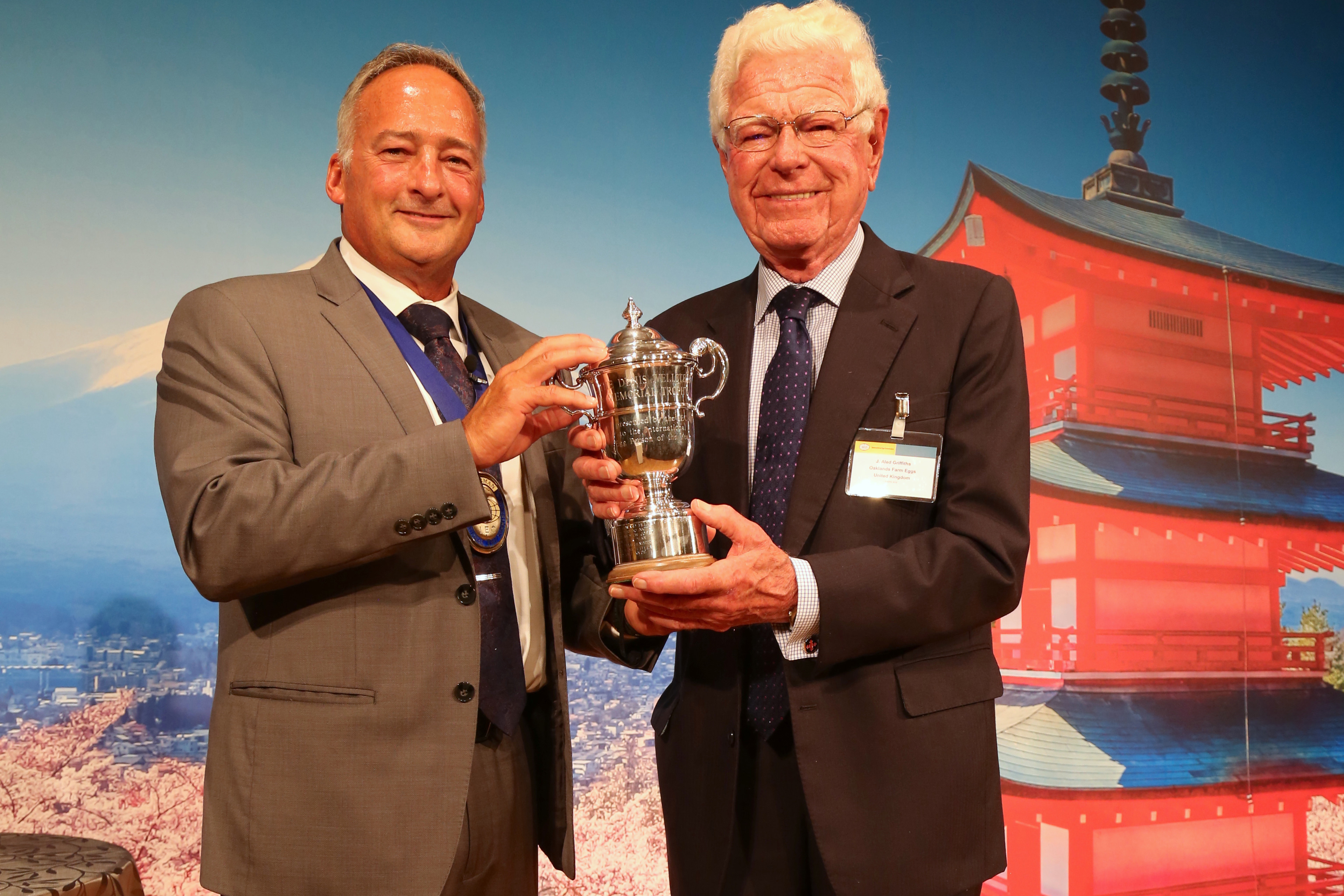 The IEC represents the egg industry at a global level and each year celebrates the outstanding achievements of organisations and individuals from within the egg industry.

The coveted Denis Wellstead Memorial Trophy is presented to someone “who has shown consistent commitment and leadership to the egg industry over a period of years. This commitment is likely to be above and beyond the level required for their business position, and the individual will have made a significant contribution to the general good of the egg industry at an international level”.

Commenting on his delight at receiving the honour, Mr Griffiths said, “To be awarded the Denis Wellstead Cup came as a complete surprise at the conference dinner in Kyoto, with over 500 people in attendance. It was a very moving experience, especially as I would be one of the only people at the conference who had worked with Denis when he was NFU chief poultry advisor in the 1970s.”

A former chairman of the NFU Poultry Committee in London and the founder chairman of the British Egg Industry Council (BEIC), Mr Griffiths also served as vice president of the COPA-COGECA Poultry Working Group in Brussels.

He was awarded an OBE in 1994 for service to the poultry industry in UK and Europe, the same year he was made a fellow of the Royal Agricultural Society.