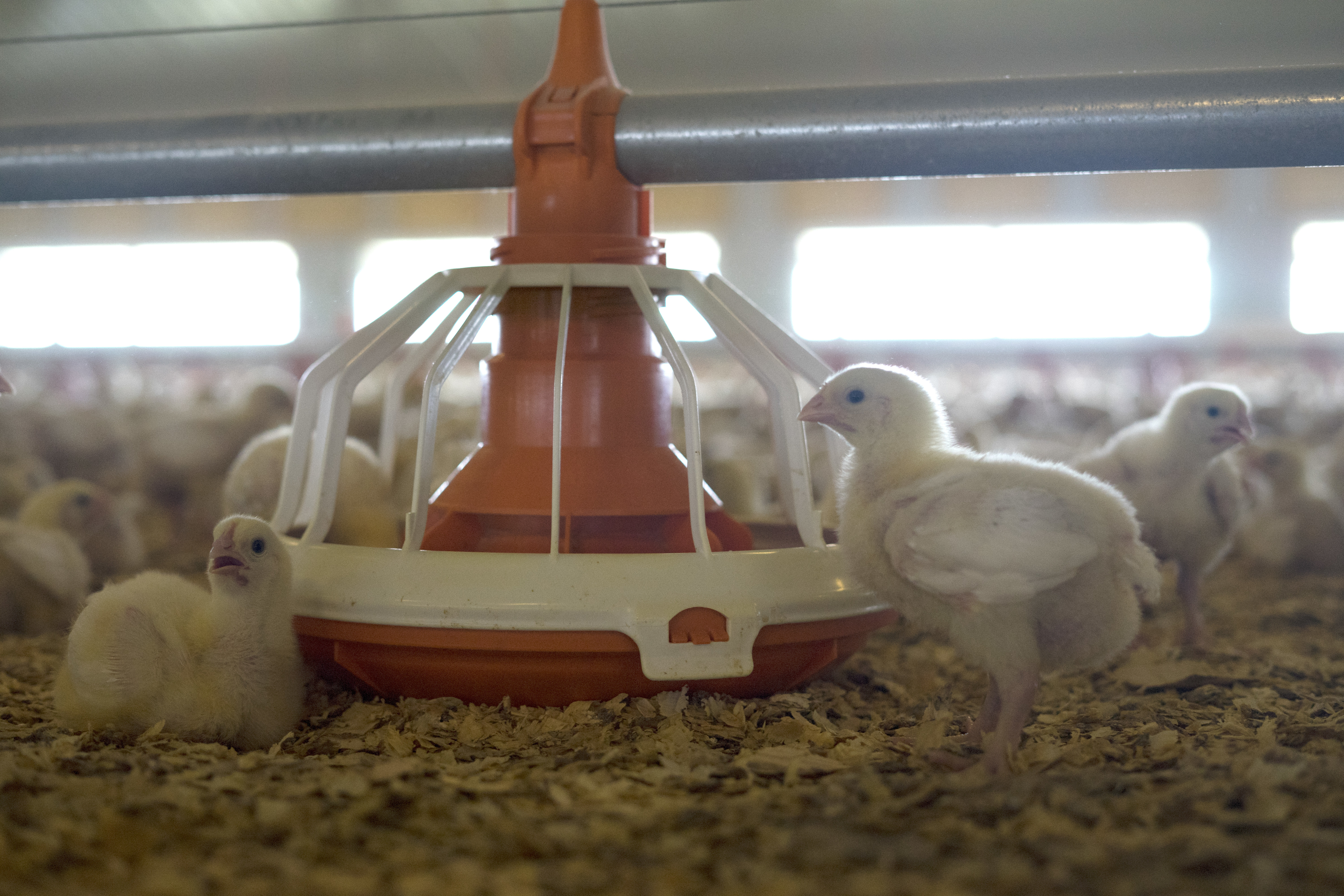 Based on the outskirts of Hull, in East Yorkshire, the farm is a mixed enterprise comprising a contracting business, arable farming, pig rearing and poultry.

Achieving top results on poultry farms is made easier by keeping things as simple as possible – in an ideal world birds are kept single age, with similar poultry houses across a site. But the reality is that processors want a steady supply of stock and farm businesses often evolve over many years, meaning houses of varying age and condition.

FH Wastling & Sons is a great example. Located on the outskirts of Hull, in East Yorkshire, the farm is a mixed enterprise comprising a contracting business, arable farming, pig rearing and poultry. There are 300,000 broiler places split over 3 sites, with birds going to both Sullivan Poultry Group, part of AB Agri, and Soanes Poultry. For the poultry operation, 3 staff headed by farm manager Wayne Nassau work across the sites, which are multi-age, with birds sexed and split in sheds, rather than placed as hatched. All in all, the farm is a complex set up to manage, and with so many plates to keep spinning, even more complex to get the best performance from.

Mr Nassau has worked on the farm, across the pigs and poultry, for close to 17 years, having begun as a teenager working on weekends and after school. The farm was one of the first to trial ABN’s Total Farm Performance software, which at its most basic works as a record keeping tool across the sites for measuring daily variables. Beyond that, though, there is the potential to improve performance by understanding the numbers better. “We’re aiming towards the 400 club,” says Mr Nassau, who explains that the farms consistently post European Production Efficiency Factor (EPEF) scores in the high 300s, but has yet to reach what is considered the gold standard. “Every house is completely different so it’s hard to pinpoint where you can improve. But it would be fantastic,” he explains.

The farm has been working with feed compounder ABN, which offers technical performance through its inFarm consultancy service, that advises independent broiler growers that may not have the support in place that comes with growing for an integrator. From this, a suite of products has been launched, underpinned by the Total Farm Performance software.

FH Wastling & Sons was an early adopter of the technology, being part of a trial in the early days of the service, and has since switched to using it full time to record results of both morning and afternoon walks of the houses across all sites. Tablets fixed in each control room serve as the initial fixed point where data is inputted, including weight gain, feed intake, water consumption, minimum and maximum temperatures, humidity and Co2 levels. Any additional comments can also be added, before the report is submitted by the member of staff. From there Mr Nassau is notified that the records have been updated, as is the farm owner, giving an overview of the site in real time.

While the farm is still using conventional paper charts as a backup, the system has the potential to meet all the recording needs of a broiler farm, according to ABN’s Tom Glen.

Mr Nassau says the real-time reporting has already helped mitigate the bird losses from a health challenge. The programme calculates per-bird water consumption automatically, giving an earlier indicator that there may be an issue. “We noticed a drop in water consumption on one farm, and so we sent the performance charts straight to the vet, who told us to get birds in immediately. The dip came the day before high mortality in that house, so we probably got there a day ahead of when we might have previously.”

“Having a good reaction time, shaving half a day off catching a problem can make a huge difference at the end of a crop,” adds Mr Glen.

For an area manager or site owner a dashboard offers an overview of all sites, with straightforward icons flagging up potential problems, such as high mortality or a drop in feed consumption.

Notes can then accompany that flag from the farm manager explaining the situation – if an infection has been identified, for example or an issue with drinkers found. That oversight has been particularly helpful with harvest being in full swing and the farm owner tied up with contracting and getting crops lifted.

While the basic tasks of recording data and flagging up issues, which can help with firefighting, are helping with day-to-day management there is the potential to use the programme to benchmark between crops of birds and sites. Pinpointing the source of production issues is also becoming more important, and Mr Nassau has been able to identify how ventilation can be improved as birds approach first thin, when health challenges often begin to emerge. Part of this review has seen the farm undergo extensive smoke testing to determine how best to get ventilation right and as a consequence keep litter quality high from day 28.

And the broader plans for ABN are to integrate ever-more data within the platform – end of crop results alongside the on-farm reports will provide an even better picture of how performance could be improved, says Mr Glen. As for the cost of the software, it varies based on the size of the business.