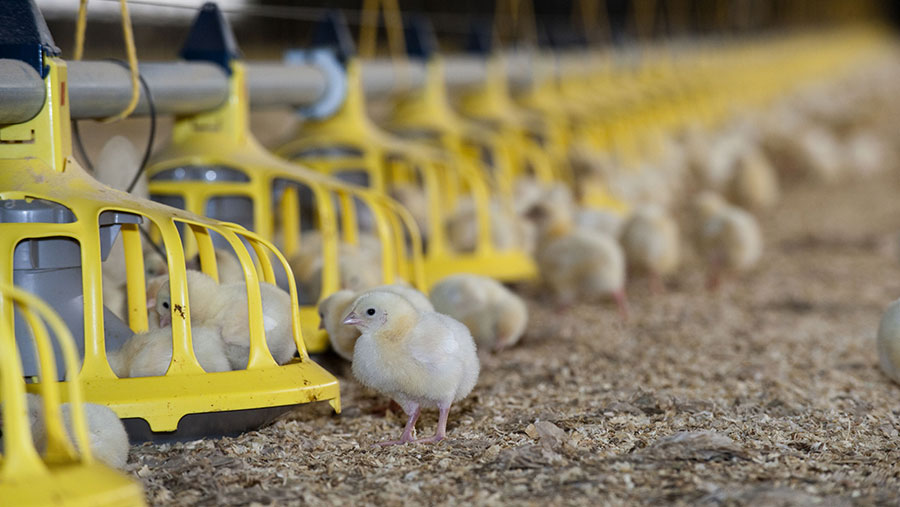 Two new cases of avian influenza have been confirmed in commercial poultry flocks, just days ahead of the lifting of the housing order.

On Saturday (27 March), the H5N8 strain of the disease was confirmed in broiler chickens at a premises near Uttoxeter, Staffordshire. The pathogenicity is not yet confirmed.

Defra has placed a 3km protection zone and a 10km surveillance zone around the site. All poultry at the site will be humanely culled.

“Anyone with poultry in Staffordshire should be vigilant and look out for signs of avian influenza, and maintain biosecurity measures,” said the council’s trading standards manager, Stephanie Young.

“If anyone has any concerns or needs further information, they should contact us straight away.”

On Friday (26 March), the H5N3 strain of avian flu was confirmed in turkey breeders near Winsford, Cheshire West and Chester.

Further testing confirmed this to be a low-pathogenic strain. All the affected poultry on site will be humanely culled.

Protection and surveillance zones have been set up around the premises.

Compulsory housing measures for poultry and captive birds are set to be lifted on 31 March, the chief veterinary officers from England, Scotland and Wales have announced.

However, all keepers of poultry and captive bird are being urged to maintain good biosecurity at all times and monitor birds for signs of disease.

If you have concerns about the health of your birds, seek prompt advice from their vet if they have any concerns.

Poultry keepers can help prevent avian flu by maintaining good biosecurity on their premises, including: