Tremendous excitement and buzz was reported by those at the sale who witnessed a nine-year record smashed by show champion Knockin Shockin from Abbie Moseley, Knockin, Shropshire. 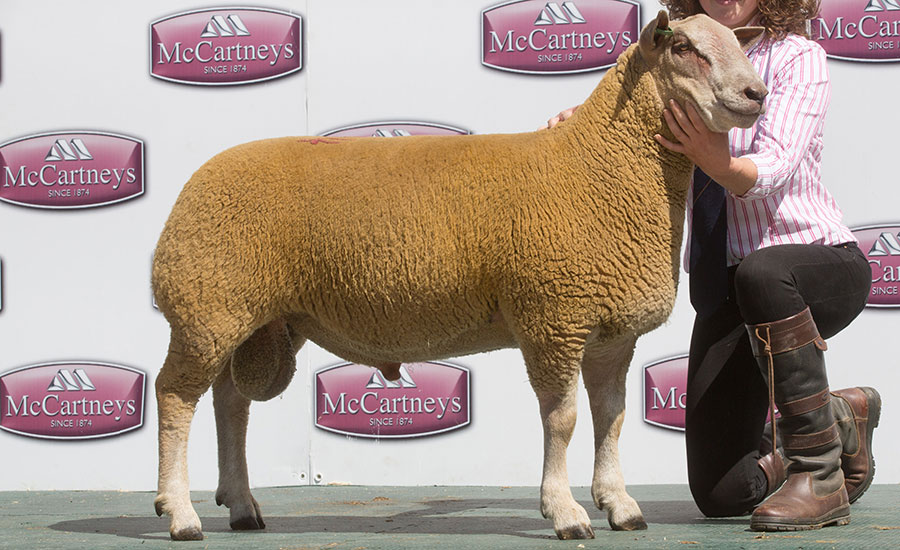 This toppled the previous record of 10,500gns from Arwel Owen, Welshpool, set in Welshpool in 2008 when Bluetongue virus requirements meant the sale was spread across two sites.

The bumper price helped swell averages on the year, which lifted £320 a head for shearlings and saw ram lambs £430 dearer.

See also: Charollais Society links up with Sell My Livestock

The homebred trade topper is by the 3,200gns Oackchurch Ruben, himself by Banwy Oh What a Boy and out of a Dalby Malachite ewe. Shockin is in the top 1% for 8-week weight and scores well for muscle depth and gigot score.

He knocked down to Shropshire breeder Robert Gregory, who said he had been following the ram for some time and felt Shockin was “something really special”.

Next at 9,000gns was Sant Andras Sergeant Major from Justin Evans, Dinas Powys, South Wales, knocked down to Michael Power, Republic of Ireland. 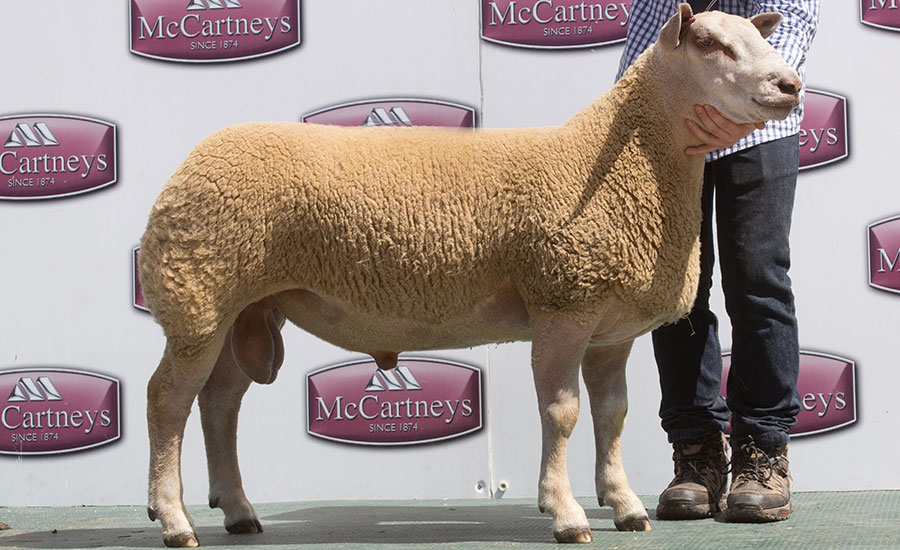 Born in December 2016, the ram lamb is by Rhaeadr Prince and out of Penrhos Ibanez daughter Glyn Coch.

Two lambs then followed, both involving David Curran of the Wenfawr flock at 7,000gns. First up were breed stalwarts Mark and Margie Rushbrook, Bewdley, Worcestershire, with Rainbow Road to Utopia son Brettles Sherman, who will be shared with Mr Curran and Adrian Davies of the Glyn Coch flock. 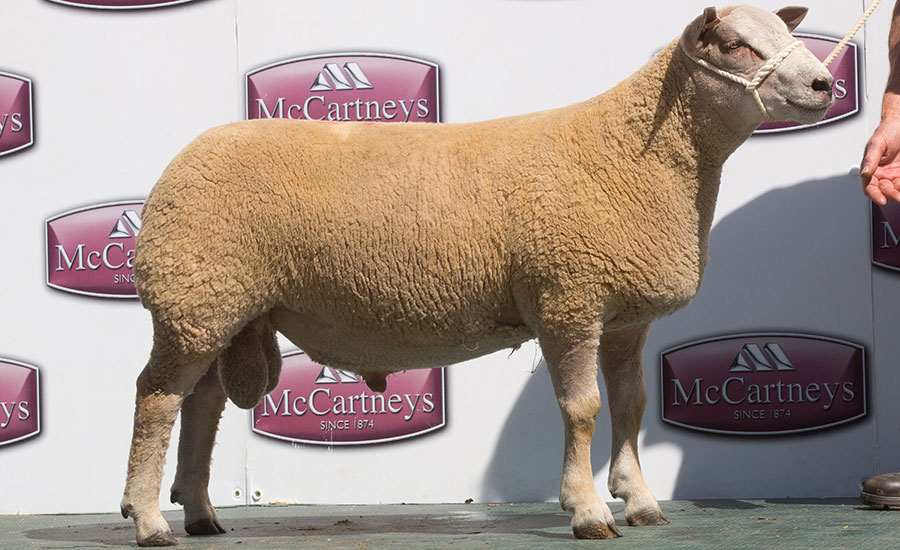 Matching this was a Wenfawr offering, selling in a share between Welsh breeders Tim Pritchard, Castellau flock, and Emyr Hughes, Bronwydd. This Wenfawr Nijinsky son is out of a Glantren Legend ewe. 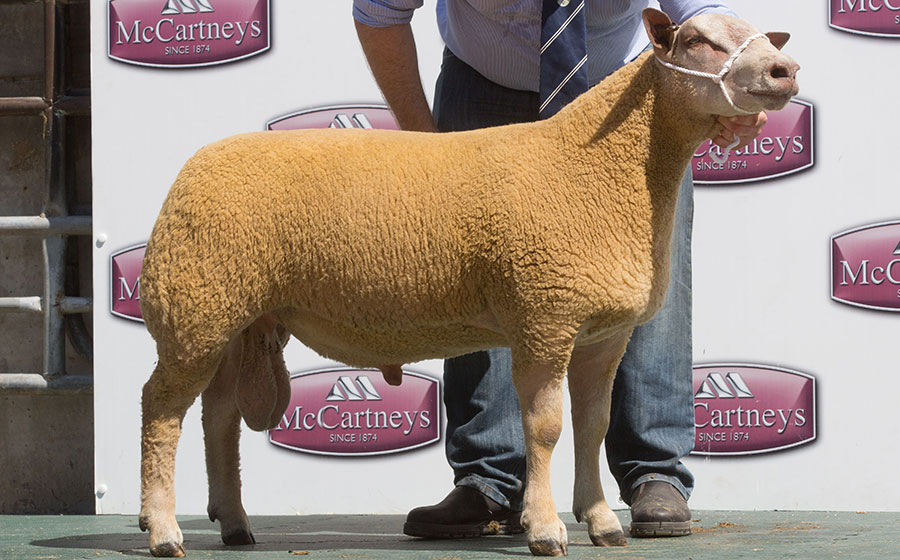 Overall, the trade was strong with many rams around the 2,000 and 3,000gns mark, breed secretary Carroll Barber told Farmers Weekly.

She admitted that last year’s sale lacked buzz and excitement but that was back this year, possibly helped by the better lamb prices of the summer so far.

“We are getting a lot of positive comments from commercial farmers at our stand at the National Sheep Association events,” she said. “Charollais-cross lambs are finishing faster and at good weights on farms and this commercial interest is feeding into the sale rings.”