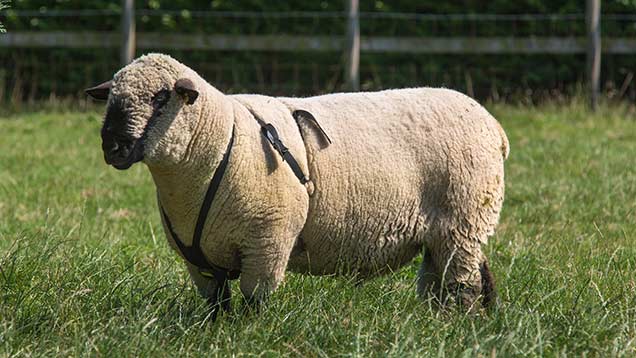 Sheep farmers with performance-recorded rams in the top 20% of their breed and with a high health status are being asked to put them forward for a genetic evaluation project.

Eight AI rams – two Texel, two Charollais, two Suffolk, one Meatlinc and one Hampshire Down – are required initially for the two-year RamCompare project, which aims to boost genetic improvement through the inclusion of commercial data in genetic evaluations.

Six Texel, Suffolk and Charollais rams as well as three Meatlinc and Hampshire Down rams are also being sought for use by natural mating within single-sire mating groups.

A fixed price will be offered for rams used and there can be a maximum of two rams per breeder. Mature stock rams with progeny on the ground can also be nominated.

The criteria for the 24 rams include:

Samuel Boon, Eblex breeding services manager, is confident of finding some of the best rams for the project.

“We have been in touch with all registered performance-recorded breeders and are confident the project will move forward with some of the best rams available involved.”

Rams will be selected to ensure there is variation in the genetic merit of those tested, and where possible, the team will seek to ensure different breeding lines are used.