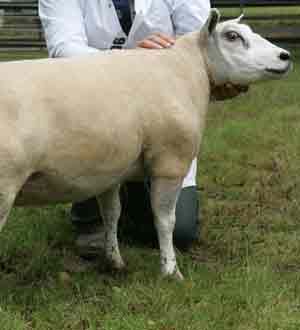 The Royal Agricultural Society of England has asked the livestock industry to support an event which could replace the competitions previously held at the Royal Show.

In a letter to breed societies and other interested parties, RASE chief executive Brian Warren asked for views on holding the event at Stoneleigh Park, Warwickshire, in the same week as the Royal has traditionally been held.

Mr Warren said that, after initial consultation with industry bodies, it was clear many in the industry believed a one- or two-day show at Stoneleigh was the way forward.

RASE is willing to commit resources to the event but it wants to work in partnership with the industry and listen to its views, something it has been criticised for failing to do in the past, Mr Warren explained.

The letter goes on to say that the event was intended to be an “internationally recognised, prestigious and successful event that promoted the best of UK livestock breeds and genetics”.

And, in a questionnaire accompanying the letter, the RASE asked breed societies to indicate their support for the event and whether they would be willing to help organise judges, stewards, scheduling, sponsorship, prize money and trophy management.

Views have to be sent to RASE by next Tuesday (30 June), giving breed societies a relatively short window to reply. The organisation will announce plans for an event in 2010 at this year’s Royal Show.

To read about RASE’s plans see our Taking Stock Blog.