A Perthshire hill farming family was puzzled this spring to discover that three of their Scottish Blackface sheep had produced cross-bred and purebred lambs, including one set of triplets.

All lambs were sired naturally and born outdoors at David and Duncan Macrae’s Coulshill Farm, Auchterarder, where they run a fenced flock of about 1,500 sheep to produce Scotch Mules.

The lambs had promoted debate in the Macrae family after David’s daughter Elizabeth Macrae, then 15, read an article in a May edition of Farmers Weekly that reported on a Holstein cow which produced British Blue and Simmental cross-bred calves.

“I saw it once before in lambs when I was a young boy of about 14 or 15,” says David MacRae, who reported that all lambs and mothers have done well this spring.

“They are definitely Blackfaces and Mules – it took me two days to catch the triplets.

“All were natural service and the triplets and one set of twins were natural births as well. One of the twins had a leg back so I did assist in that instance.” 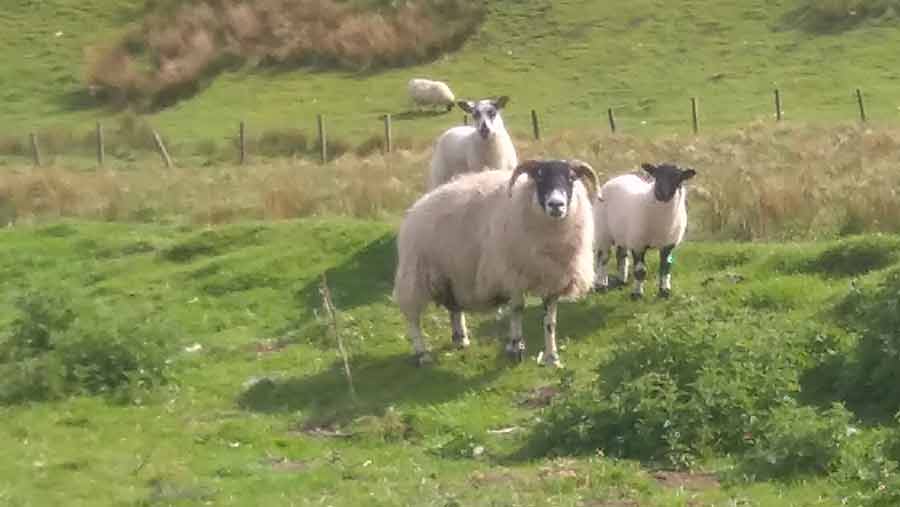 Livestock geneticist Joanne Conington of SRUC said that farming practices make mixed-breed births rare as most ewes are mated to one breed. When different sires are present, however, this type of pregnancy is “very common”.

“When the ewes were on heat, they were mated by rams of both breeds and conceived to both the Leicester and the Blackface,” she told Farmers Weekly.

Extra confusion can occur in the dairy industry, when mixed-breed semen is used in some dairy cows for a slightly higher chance of pregnancy success.

In this instance, Al Manning of the Royal Veterinary College, says multiple ovulations are required, with each egg being fertilised by a sperm from a different breed. Similarly, a natural cross-bred birth can also throw up interesting anomalies.