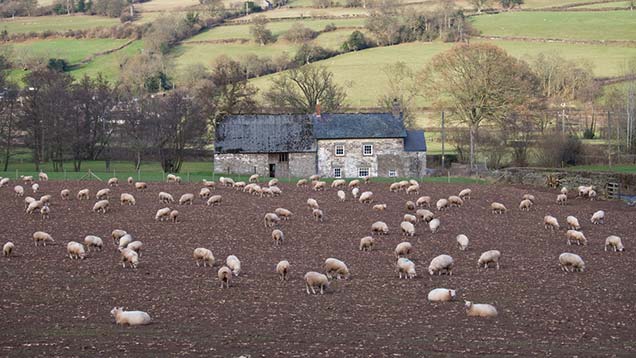 Welsh livestock farmers have called for urgent reforms of the red meat levy system amid concerns the meat industry in Wales is losing out on £1m in potential revenue.

Currently, levy money distribution is based on the location of the abattoirs and not the origin of livestock.

This means that if livestock are born and reared on a Welsh farm, but slaughtered in an abattoir outside Wales, the levy money is not returned to Wales.

Therefore any red meat levy collected in abattoirs in England, Scotland or Wales is used by the red meat body in that country, regardless of where the animal originated from.

All his lambs and cattle are transported to England for slaughter.

“They used to go to Welsh Country Foods abattoir in Anglesey until it closed a couple of years ago,” he said.

“There are no abattoirs in north Wales apart from a small one in Caernarvon. There is nothing else unless you go to south Wales.

“You have to ask, ‘what are we getting for our levy money?’ I think the levy money should go back to the country where the cattle and sheep are reared.”

Jonathan Davies (above), who farms 1,000 ewes, of which 800 are Beulah ewes and 200 are cross-breds, said: “If it is a Welsh born-and-bred lamb, the levy money should be going back to promoting Welsh lamb.”

HCC chairman Dai Davies revealed progress had been made in talks to resolve the “inequity” that exists under the current levy system.

Mr Davies said: “Reversing this shortfall would ensure that Welsh farmers will feel that their levy money is being invested in an appropriate way in line with their needs and aspirations.”

A consultation process with stakeholders about possible alternatives could begin in the near future.