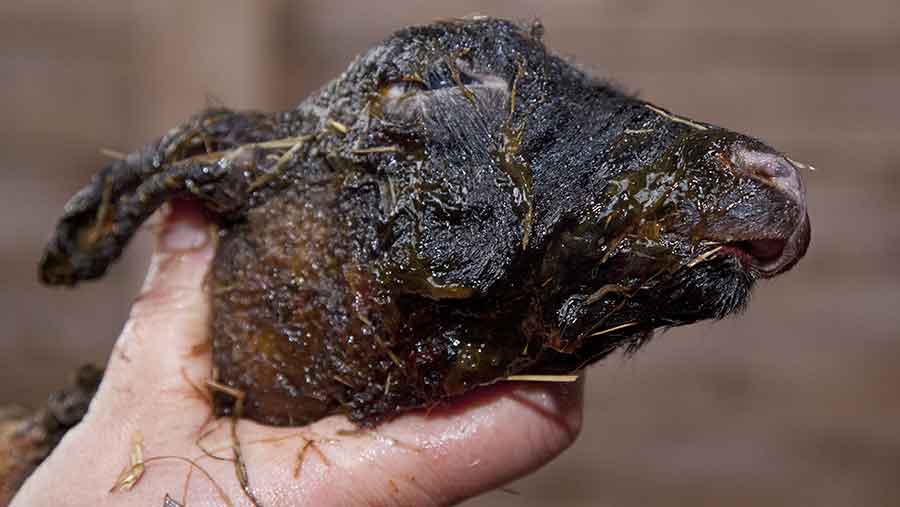 Sheep and cattle breeders are being advised to assess the value of vaccinating stock following the return of the Schmallenberg virus (SBV) in the UK last year.

Last year, SBV reappeared in UK lambs and calves after a two-year lull since the initial outbreak over the winter of 2011-2012.

Lessons learned from this year’s spring calvings and lambings suggest that vaccinations will be worthwhile for certain flocks and herds as SBV is now endemic in the UK.

This was across 141 holdings with affected lambs and 76 holdings with calves. Cases were reported in outlying northern areas, including one case in Clackmannanshire (near Stirling) in Scotland, several cases across the Borders and Dumfriesshire as well as 25 cases in Cumbria and 15 in Northumberland.

“More cases than ever”

“We saw a number of deformities this spring in both beef and dairy herds,” explains Mr Cutler.

“We have also confirmed a number of herds with seroconversion during the summer. We don’t know when they seroconverted, but it shows they have been challenged by the virus.

Mr Cutler added: “Vaccination is just like having insurance. You insure your house, but you don’t expect it to burn down tomorrow. In the same way, you should insure your animals by vaccinating.”

Vaccine manufacturer Zoetis, the sole producer of a SBV vaccine, has said limited vaccine supplies will be available this month.

And while flocks can be immune once infected, not every animal will have been infected and have immunity, advises Zoetis national vet manager Carolyn Hogan.

Dr Hogan recommends testing to distinguish which animals are immune. “Even those which didn’t escape infection may be only partially immune if only a proportion of the animals were infected.

“This means vaccination has an important role to play in ensuring the whole flock/herd is protected, thereby preventing future lamb and calf crop losses.”