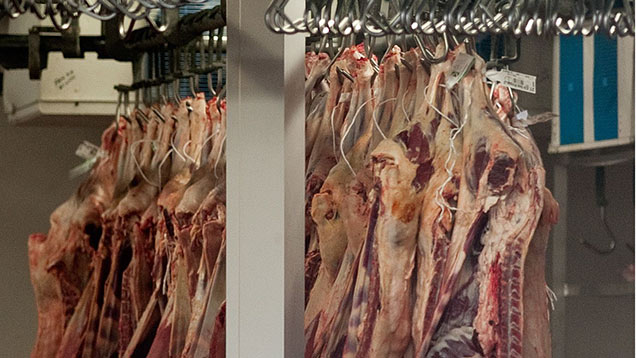 Scotland needs to be on the guard against the “creep of non-stun slaughter” of animals, a vets’ group president has warned.

The BVA stepped up its campaign to end non-stun slaughter with the launch of an e-petition last April.

The petition has now gathered well over 100,000 signatures and it has been debated by MPs at Westminster.

See also: Government has no plans to end non-stun slaughter

In his speech, Mr Blackwell praised Scotland for having very little non-stun slaughter.

But he warned that challenges lay ahead in Scotland, such as the lack of cull sow slaughter facilities in the country.

Some cull sows were being transported more than 500 miles for slaughter and he called on the Scottish government to support the building of a multi-species slaughter facility at Forfar to avoid this “unnecessary and stressful transportation of animals at the end of their lives”.

Mr Blackwell also stressed that Scotland needed to ensure that the amount of non-stun slaughter did not rise.

“Scotland leads the way again with non-stun slaughter, having only a very small amount in the poultry sector,” he added.

“Even though very small, we would like to see an end to this. But while it is allowed in Scotland under the derogation, we wish to see refinement and an acceptance of reversible head-only stunning in poultry alongside a balancing of supply and demand for those communities requiring non-stun products and labelling to allow informed choice by those who don’t.”

His speech emphasised vets’ role in safeguarding human and animal health, including: