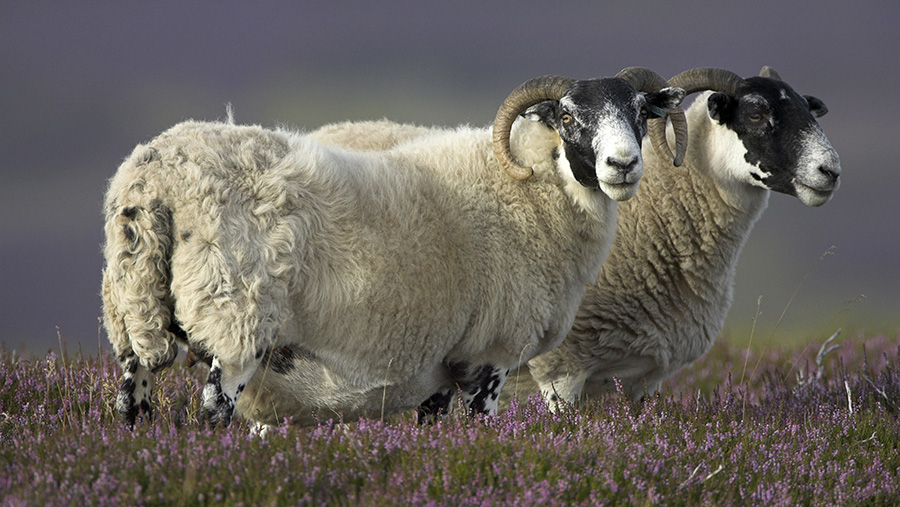 Uncertainty hangs over the new Scottish Upland Sheep Support Scheme amid fears that the headage payments will be reduced as a result of it being oversubscribed.

The scheme was introduced as part of the last reform of the CAP as a means of encouraging the retention of stock in upland and marginal areas.

In order to be eligible, a sheep producer must have home-bred ewe hoggs, no more than 200ha of payment region one land, and 80% of their holding must consist of land in payment region three.

Those businesses were to receive €100 (about £77) for every ewe hogg wintered. The entire budget has been set at a maximum of €8m (just over £6m), with scalebacks should claims exceed the budget.

“The number of animals paid out is critical to the final rate, but we don’t know that yet,” said NFU Scotland’s director of policy Jonnie Hall.

“It is pure speculation regarding the final rate per eligible ewe hogg as the retention period is not over until 31 March and inspections are ongoing.

“I also know that a number of businesses that have tried to claim will be found to be ineligible.”

Scottish MP Rhoda Grant recently tabled a question to the Scottish government demanding information on the number of applications and the predicted payment a head.

Rural affairs minister Richard Lochhead responded that his department had received applications from 1,396 crofters and farmers, adding that computer modelling suggested the payment will still be €100 a ewe.