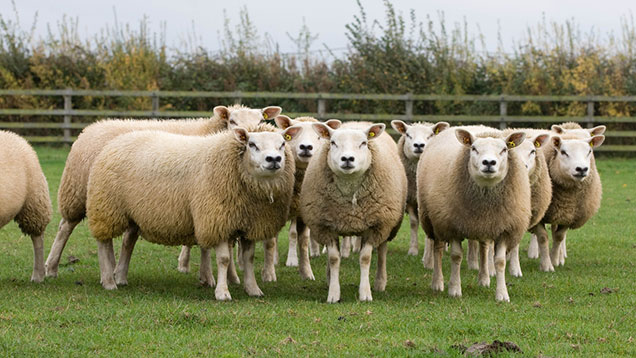 The Texel Society has set up a network of farms to assist in the collection of data for the development of novel estimated breeding values (EBVs) and genomic indices.

More than 25 farms, covering about 2,500 pedigree Texels and 1,000 Texel-cross commercial ewes will be used to provide data for future EBV and genomic index development in areas such as key health and productivity traits.

Initially the network of “phenotyping farms” will collect data for a mastitis research project run by the breed society and in partnership with Scotland’s Rural University College (SRUC).

Society chief executive John Yates says the longer-term aim is to use these and other farms to accurately collect a wide-range of data on novel traits, potentially from up to 5,000 ewes each year.

He says: “While the development of a genomic index for mastitis is the focus of early stage pioneering work by the society and SRUC researchers, the project is also acting as a catalyst for the development of an essential network of phenotyping farms.

“Largely focusing on disease-type traits, which have historically been difficult to measure, we hope to be able to combine new traits within the existing breeding toolbox currently provided by Signet.”

Health traits have historically been difficult to collect data on due to the need for the consistent collection of data across large numbers of farms.

However, it is hoped the phenotyping farms will start collecting reliable, consistent information.

In the future phenotypic measurements could lead to the development of a number of key genomic indices of economic importance for health, welfare and productivity traits.

Mr Yates adds: “Importantly, these genomic indices will be of significant commercial importance, helping commercial farmers across the UK reduce costs at the same time as sustainably improving output.”

“Importantly, these genomic indices will be of significant commercial importance, helping commercial farmers across the UK reduce costs at the same time as sustainably improving output.”
John Yates, Texel Society

Signet manager Sam Boon says the Texel breed society should be “congratulated” for taking the lead by setting up the phenotyping farms.

He says: “Historically it has been difficult to select for health traits such as mastitis, as they tend to have a low heritability and are hard to objectively measure in sufficient numbers to assist in breeding decisions.

“Genomic approaches offer a faster approach to conventional genetic selection techniques – but to be of real value it is imperative they are developed using animals of the same breed, reared under the same environmental conditions.

“This can only be undertaken by setting up well structured, UK-based source of phenotypes and working closely with established scientists with expertise in this field. The Texel Society are to be congratulated in taking the lead in this respect,” he adds.

Mr Boon says the impact of using genomic solutions to enhance health traits for the wider sheep industry will depend on the economic value of the disease, its prevalence, costs associated with testing for it and the degree to which an animal’s genes influence its susceptibility to disease.

“The cost of genotyping livestock appears to be falling, bringing new possibilities within reach. The use of this technology for enhancing traits such as disease resistance is an important potential genetic solution,” he says.