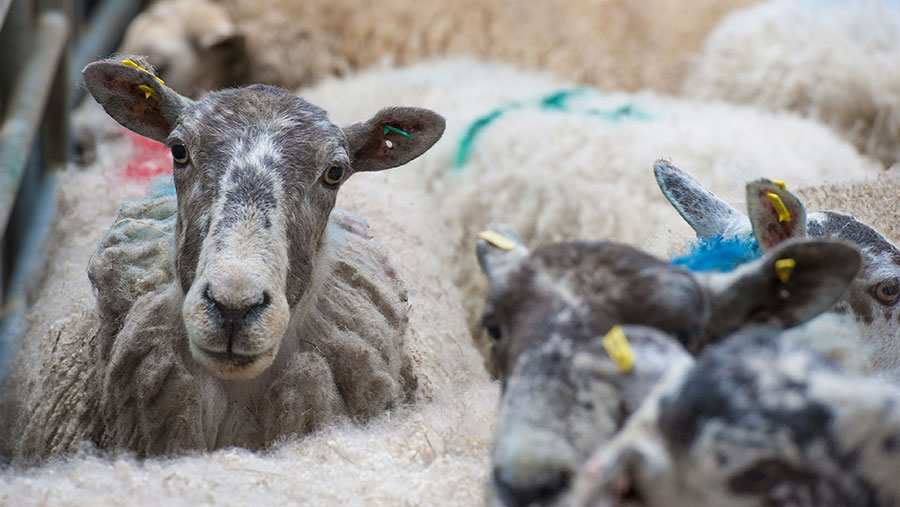 Cull ewe prices have strengthened this year despite supply lifting, as sky-high prices in China and New Zealand help demand for UK product.

Prime lamb prices are 40% higher in New Zealand amid a flock rebuilding phase after drought challenges. Prime lamb is NZ$2 up on the year at NZ$6.95 deadweight.

New Zealand mutton and lamb production is down, with mutton slaughter back 23% to 3.125 million on 2013/14, allowing breathing space for an increase in cull ewe supply predicted by AHDB analysts as part of the three to four-year production cycle started by foot and mouth-enforced culling in 2001.

Chinese premiums, meanwhile, are diverting some of the lamb and mutton that is available, taking pressure off UK farmers.

Trade has lifted earlier than normal at Welshpool, where auctioneer Glandon Lewis is seeing “end of March and April trade” in early February.

“Averse weather is affecting the amount of meat on some ewes, some which go unsold,” Mr Lewis told Farmers Weekly.

An extra 300-500 sheep/week have not hurt prices at Stirling Caledonian Marts, where trade is level on the year despite 35-40% more sheep going through the ring.

Alastair Logan, auction operations manager, says that good prices are available but quality matters. And, although sheep are in reasonable condition, there has been a need to clear out more empty sheep from lowland flocks after some disappointing scanning results.

“People aren’t holding onto empty sheep,” says Mr Logan. “Even people with empty gimmers are being sent down the road. But if you can get £100 for her and buy a strong sheep scanned with twins this makes sense.”

Supply has been partly bolstered by a rise in empty ewes as lowland flocks assess scanning results and some thinner cull ewes are marketed after a winter on feed to add cover.

“A wet summer and autumn meant sheep were kept over winter to add a bit of condition,” says auctioneer Nick Woodmass. “We are seeing some of these being marketed now.”