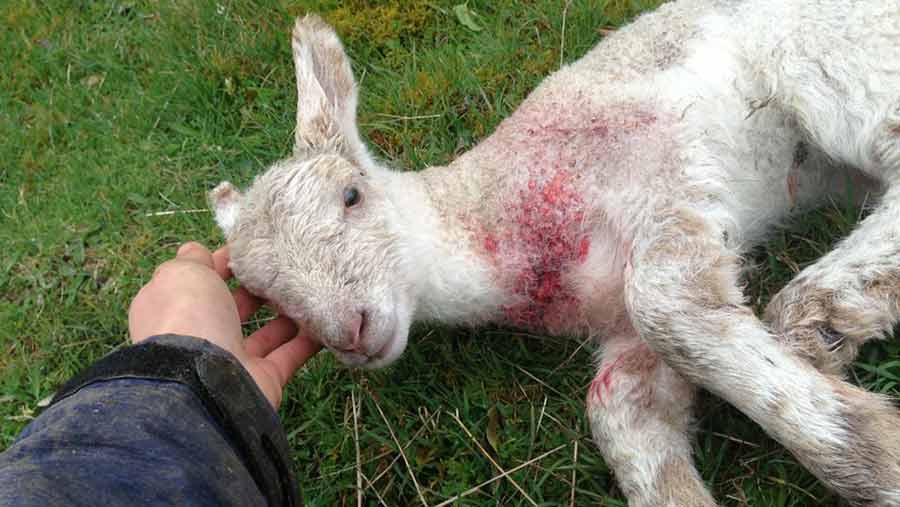 A devastated sheep farmer has pleaded with dog owners to keep their pets on leads near fields after losing 40 lambs in one savage attack.

Oxfordshire sheep farmer Isobel Bowden posted horrific images of the aftermath of the savage attack on her Facebook page.

One photo shows more than 20 sheep lined up on a path after they were mauled to death at Bowden and Sons, based at Mill End Farm, Hambleden, near Henley-on-Thames, Oxfordshire.

Other photos of the dead or injured lambs showed some were riddled with bite marks around the neck and gaping wounds in their bodies. 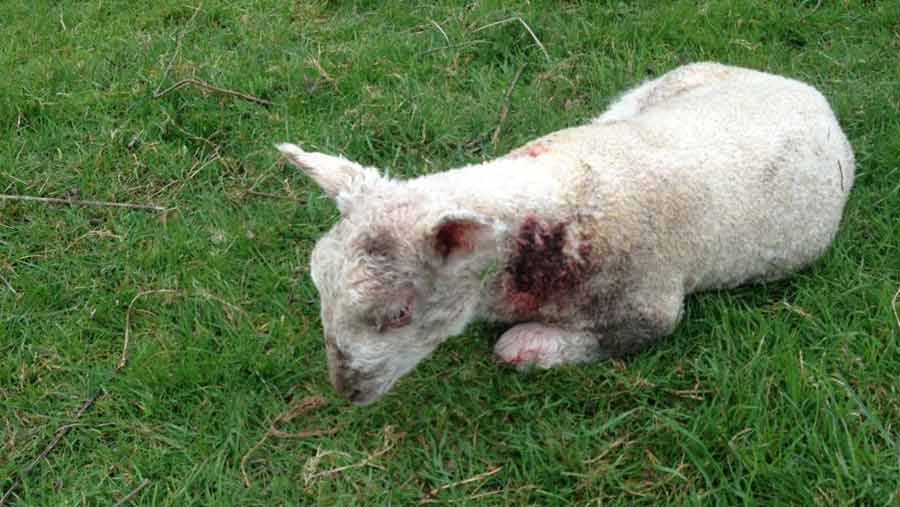 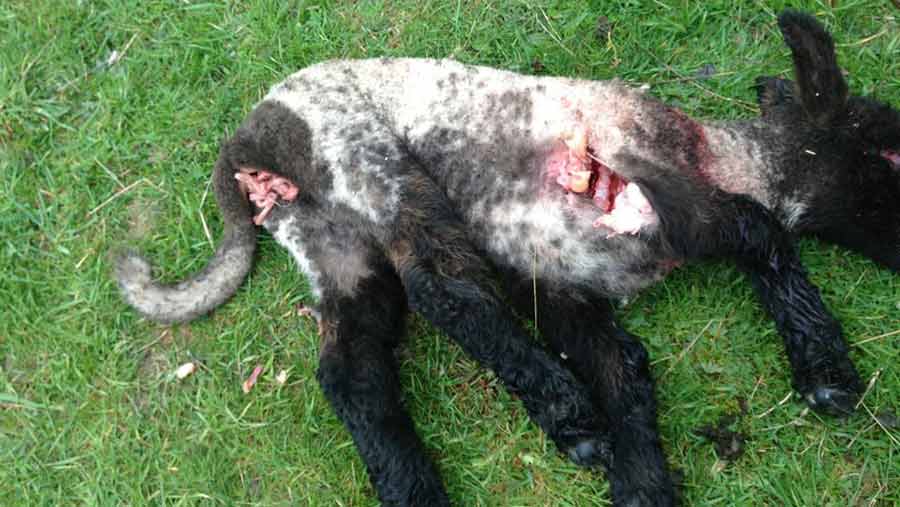 Pleading with owners to keep their pets shut in at night or secured in properties, Ms Bowden said: “I have debated with myself whether to post this but I think it’s necessary to make people realise the damage dogs out of control can do.

“These dogs were left outside a property loose at night and this is some of the heartbreaking images of the damage they have left behind.” 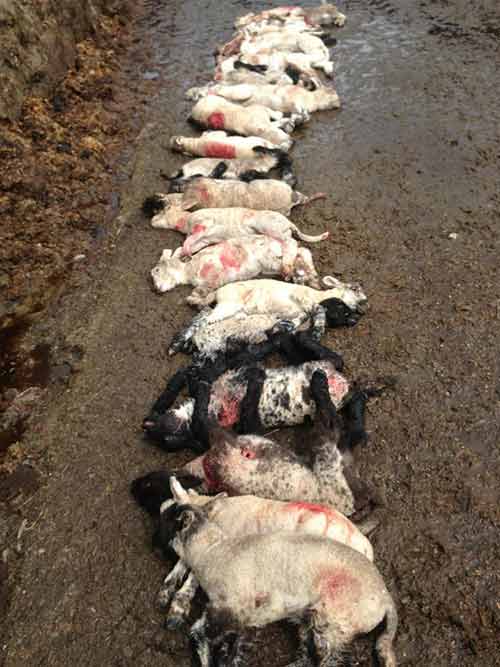 She added: “It is not the dogs’ fault. They are animals with instinct and it is your responsibility as owners to keep them away from livestock for their sakes as well as the poor defenceless animals that will be their prey.

“In this case our lambs that we have worked endlessly to deliver and care for to be wiped out in one field overnight. It truly is heartbreaking for any farmer.”

Farmers have been reporting a disturbing increase in dog attacks on livestock in recent weeks.

Last month, a farmer lost 116 sheep in a suspected dog attack on a farm near Chichester, West Sussex, which the NFU described as the “UK’s worst sheep attack in living memory”.

Rural insurer NFU Mutual estimates the total cost to the industry of sheep worrying attacks to be in excess of £1m. Figures showed the cost of attacks in 2015 rose by more than 35% compared with the previous year.